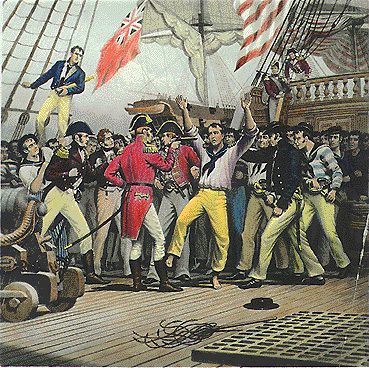 The 1783 Treaty of Paris formally ended the American War for Independence, but it left many issues between the United States and Great Britain unresolved. In addition, Britain’s war with Napoleon and his allies motivated the British Navy to increasingly interfere with American shipping and even to impress American sailors into the British Navy. This, plus British support for Indian attacks in the American northwest, led many Americans to demand war with Britain.
In this episode, Steve and James discuss the long series of events that led to the War of 1812.