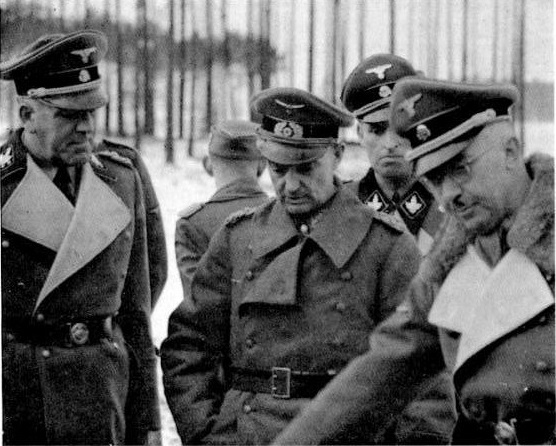 Hans Kammler was among the worst of the Nazis. He was responsible for the construction of Hitler’s slave labor sites and concentration camps. He personally altered the design of Auschwitz to increase crowding, ensuring that epidemic diseases would complement the work of the gas chambers. So pleased was Hitler by his work that he put him in charge of the Nazi rocket and nuclear weapons programs. At the end of the war he had more power than SS chief Heinrich Himmler. Even among the SS he was feared for his brutish nature.

So why has the world never heard of him? Today I’m speaking with Dean Reuter, author of the new book “The Hidden Nazi: The Untold Story of America’s Deal with the Devil” he and collaborators  Colm Lowery and Keith Chester spent a combined decades tracking down Kammler’s trail. Long believed to have committed suicide, they discovered that he may have escaped exposure and justice through a secret deal with America.

In this interview we discuss…

 U.S. government documents proving Kammler was in U.S. custody for months after the war’s end and his declared suicide

Kammler never met justice and was hidden from public view.  But to what end? Did he cooperate with Nuremberg prosecutors investigating Nazi war crimes? Was he protected so the U.S. could benefit from his intimate knowledge of the Nazi rocket program and Germany’s secret weapons?