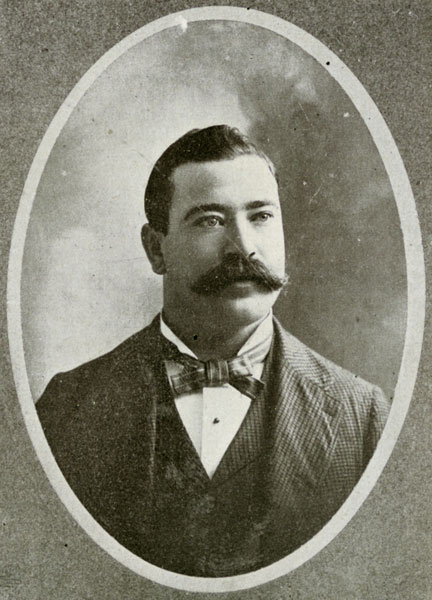 America attempted to legislate morality in the 1920s by outlawing the production, sale, and transport of intoxicating liquors through the Volstead Act. But that didn’t stop the drinks from flowing during the “dry” years. Famous organized crime networks formed to meet the demand, and we all know about the Prohibition-era mobsters like Chicago’s Al Capone and New York’s Lucky Luciano. But did you know about one of the darkest, most corrupt, most lawless corner of the United States at this time?

Kansas City of the 20s and 30s was ruled with an iron fist by Tom Pendergast. He controlled the city without holding elected office. The “Pendergast Machine” ran local government and the Democratic Party in Kansas City and Jackson County, Missouri, during the Progressive Era and Great Depression. Political offices were bought. Ballot boxes were stuffed. He grew his empire by trading favors, building constituencies one precinct at a time, controlling votes, controlling politicians, and later controlling city government and the police department.

His office at 1908 Main Street was called the unofficial capital of Missouri. The city’s poor and working class lined out in front for several blocks, seeking help from Pendergast. He granted it like a king holding court, offering jobs or retributive justice to those who needed it.

To talk with us about the Pendergast Machine is Dr. Jason Roe. He is a digital history specialist and editor for the Kansas City Library’s digitization and encyclopedia website project.

But the Pendergast years weren’t all bad. The libertine spirit of the city made it a magnet for artists and musicians. Jazz and other cultural milestones thrived in the “Wide Open” environment of Kansas City. Musicians such as Charlie Parker said jazz was born in New Orleans but grew up in KC.

Most of all, Pendergast single-handedly launched the career of an obscure Missourian World War One vet into public office. He then orchestrated his rise to Missouri Senator. The young man then fell into the vice presidency. Then, after the death of America’s longest-serving president, into the Oval Office.

That man’s name was Harry Truman.