#50: Dorsey Armstrong on the Legend of King Arthur: From Noble Knight to Guy Ritchie’s Excalibro 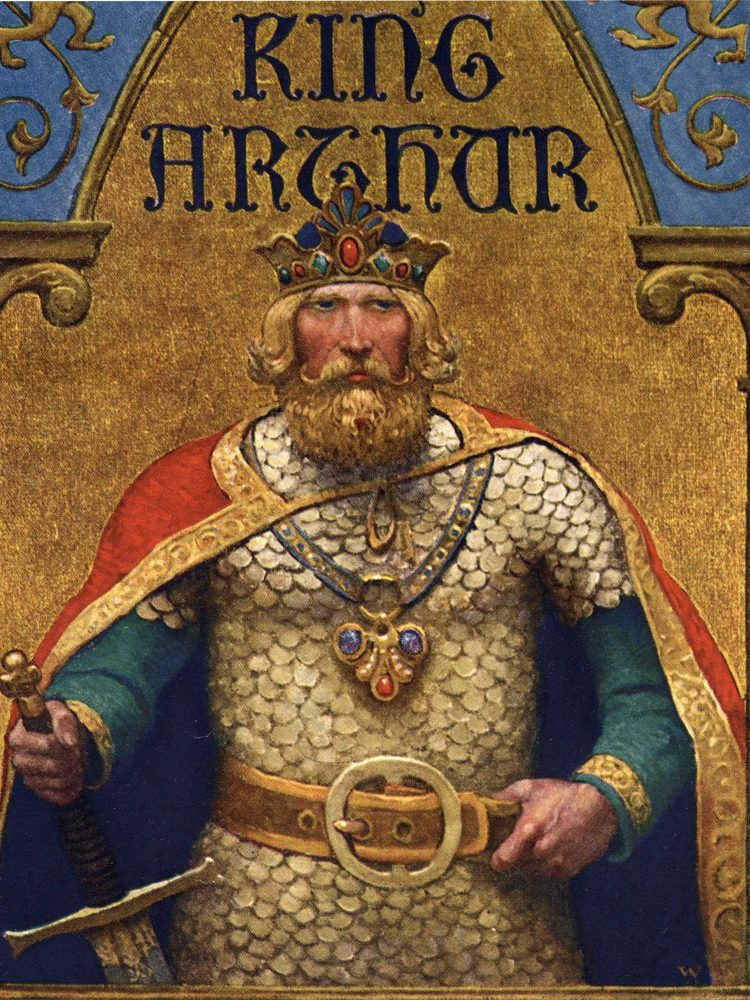 For a guy that lived 1,500 years ago, King Arthur has remarkable staying power. He became a stock figure in Welsh and Latin chronicles of Britain by the 800s. His story spread to France, Germany, Scandinavia, and Iceland after the Norman conquest of England in 1066 and books on him were best-sellers there. Cathedrals across Western European featured stained-glass Arthurian scenes.

In modern times Arthur has been on the big screen non-stop. They include Camelot (1967), Monty Python and the Holy Grail (1975), the Clive Owen flick King Arthur (2004), and this year’s Guy Ritchie-directed King Arthur: Legend of the Sword, dubbed by critics for its tough-guy swagger as “Excalibro.” Even the new Transformers film features Arthur fighting directly alongside the Autobots (don’t ask).

Arthur’s ongoing legend is even more remarkable considering he may very well have never existed. Historians speak of an “Arthur-like figure” when trying to pin down his origins because they are so obscure. The Gododdin and many other later poems speak of something important that happened in sixth-century Britain, when the Saxon advance was halted by a warlord. It may have been Arthur himself. Archeological and historical evidence supports the existence of an Arthur-like figure in early Britain, most famously Cadbury Castle in Cornwall, which was the center of operations for a leader of great military and logistical skill who thwarted the Saxon invasion. But many other researches think that “Arthur” was actually succession of warlords that tried, and utimately failed, to halt the Saxon onslaught. The Celtic monk Gildas wrote extensively of the Saxon invasion in The Ruin and Conquest of Britain, citing the critical siege at Badon Hills, and makes no mention of Arthur at all.

But whatever historians say about Arthur or an Arthur-like figure, they all agree that Arthur, King of the Britons, never existed. For that, we have Arthurian legend to thank.

Dorsey Armstrong, professor of medieval literature at Purdue University who has published extensively on Arthur discusses with us why the Arthurian narrative—despite, or because of, its tenuous connection to historical fact—has enthralled writers, artists, and a limitless audience in countries spanning the Western world and beyond for all these centuries.

With origins in the exploits of a 5th-century Celtic warrior, the legend of a noble king and his knightly cohort caught fire across Europe, spawning a vast literary tradition that reached its height in the Middle Ages, with major contributions from writers both in Britain and throughout the Continent. By the 12th century Geoffrey of Monmouth added Merlin to the legend in his History of the Kings of Britain. Guinevere first appears here also, and French poet Chrétien de Troyes added Lancelot to the canon in 1177.

But the appeal of the saga far outlived the medieval era. It remained dynamically alive in folk culture and theater through the Renaissance, only to see an epic literary and artistic resurgence in the 19th century. It continues to the present day in multiple forms—from fiction writing and visual arts to film and popular culture. No other heroic figure in literature compares with King Arthur in terms of global popularity and longevity; today, each year sees literally thousands of new versions of the story appear across diverse media.

What does this amazing phenomenon tell us about our culture, our civilization, and ourselves? What is it about this particular story that has so deeply gripped the human imagination for so many centuries, in so many places? Find out in this episode

Arthuriana: The Journal of Arthurian Studies