For more information on Vikings facts and other counter-intuitive facts of ancient and medieval history, see Anthony Esolen’s The Politically Incorrect Guide to Western Civilization.

The seafaring Vikings (in Danish, the Vikinger) were a group of people that came from the Scandinavian countries of Norway, Denmark, and Sweden. They made an enduring name for themselves in the 8th through the 11th centuries for being tactical warriors, smart traders, and daring explorers. In fact, they arrived in America 1,000 years before Columbus ever did, and archeologists have found some of their remnants scattered as far east as Russia.

While video games and movies tend to portray Vikings as ruthless savages with oversized helmets and hollow brains, their culture and motives reach far beyond that. The term Viking means, “pirate raid” in the Old Norse language. The people of Scandinavia commonly used the word as a verb to describe a tradition where men would take off in the summers and go “viking.” Contrary to popular belief, the majority of these expeditions did not consist of raiding villages and raping women. Instead, their purpose was usually to discover new land and trade. They even had a legal system.

Catholic propaganda is responsible for most of the modern misconception about Vikings (they were pagans, not Christian) The church lost several facilities, treasures, and relics to Scandinavian people, so they made it their mission for many years to make them look like wild beasts. 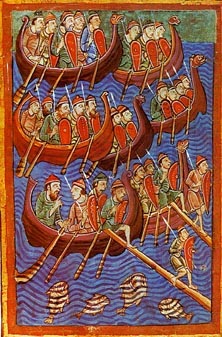 Pretty much every single Viking costume you have seen in a movie or video game is a lie. These warriors usually went into battle bareheaded. The whole horned-helm idea came about in Victorian times when Vikings were romanticized. Painters began to depict them as glamorous savages with horned helmets; however, nothing found during the Viking Age shows this image to be in the least bit authentic. 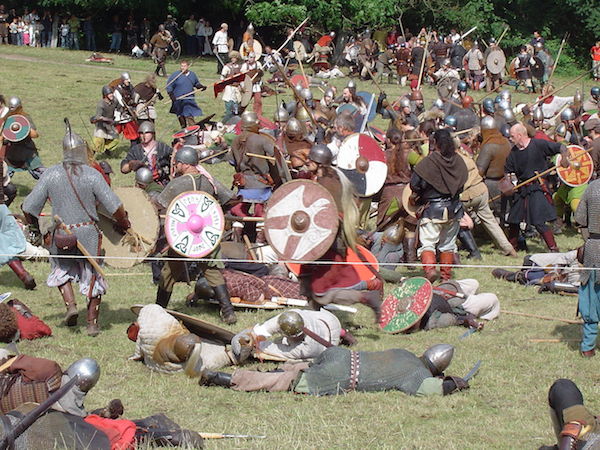 They Buried their Dead in Boats

Vikings loved their boats, and the Scandinavian culture was extremely superstitious. It was considered a great honor for a person to be mummified, dressed in finery, and placed to rest in a ship. They believed that these ships would transcend the dead into the afterlife. Distinguished warriors and highborn women were often put to rest in vessels, surrounded by valuable goods and sacrificed slaves. 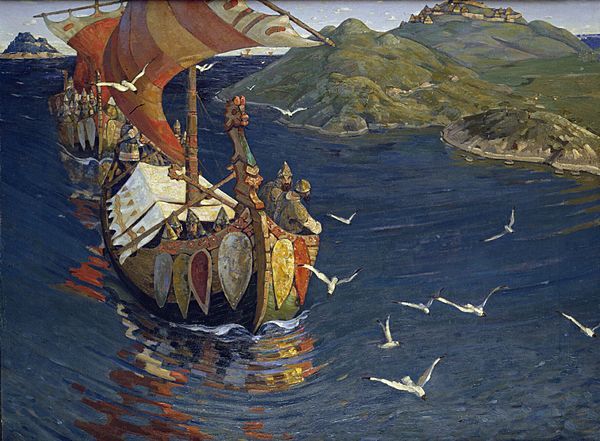 They Loved to Keep Themselves Clean and Tidy

Several Viking excavations have turned up razors, combs, tweezers, and even ear cleaners. It turns out these savage warriors cared quite a lot about their personal hygiene. Historians also believe that the typical Viking citizen bathed at least once a week, far more than any other European group during that time.

They Liked to Ski for Fun

Roughly 6000 years ago, the Scandinavian people developed their own version of skis and used them for hunting, traveling, and entertainment. They even had a god of skiing, who was named Ullr. Kings and high lords indulged in skiing for entertainment, and sometimes had competitions where the best skiers could win prizes.

Vikings girls were usually forced to marry around the age of 12 and tend to a household full of kids while their husbands sailed off into awesome adventures. However, when compared to other women during that time, they enjoyed a wide range of freedoms. They had the right to inherit property, file for a divorce, and even reclaim settlements if the marriage failed. 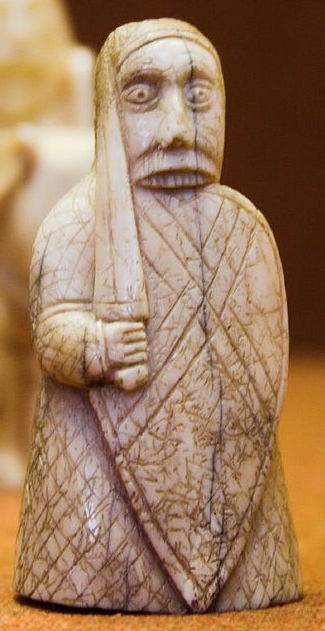 They Used Urine to Start Fires

Vikings lived a large part of their lives on the go. Because they did not have lighters, they would collect a tree fungus called touchwood, and boil it for several days in their own urine. After the mixture was done, they would pound it into a felt like substance. The sodium nitrate found in the urine would mix with the touchwood and make the mixture easily combustible, so they could easily start a fire while on the road.

They Took Part in Human Trafficking

Many Viking businessmen made small fortunes by capturing women and young men and then selling them in giant slave markets across the Middle East and Europe. These slaves were usually referred to as thralls, and came from Celtic, Anglo-Saxon and Slavic settlements raided by the Vikings.

During the Viking Era, having blonde hair was really “in” with the cool crowd. Therefore, brunette Vikings, mostly men, would use a heavily concentrated soap with high levels of lye that would bleach their hair. Historians believe that aside from being part of their culture’s beauty ideal, the bleached hair would also help keep lice away.

For more information on Vikings facts and other counter-intuitive facts of ancient and medieval history, see Anthony Esolen’s The Politically Incorrect Guide to Western Civilization © 2008. You can find it at Amazon or Barnes & Noble.

Viking Traders: How Exactly Did They Trade?