A Jewish Family Couldn’t Flee Nazi Germany. So They Wrote Letters to Strangers in America Asking For Help 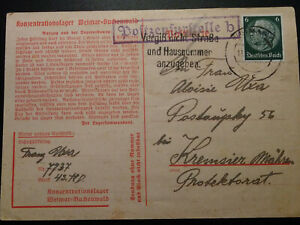 In 1939, as the Nazis closed in, Alfred Berger mailed a desperate letter to an American stranger who happened to share his last name. He and his wife, Viennese Jews, had found escape routes for their daughters. But now their money, connections, and emotional energy were nearly exhausted. Alfred begged the American recipient of the letter, “You are surely informed about the situation of all Jews in Central Europe….By pure chance I got your address….My daughter and her husband will go…to America….help us to follow our children….It is our last and only hope….”

After languishing in a California attic for over sixty years, Alfred’s letter came by chance into Faris Cassell’s possession. Questions flew off the page at her. Did the Bergers’ desperate letter get a response? Did they escape the Nazis? Were there any living descendants?

Today’s guest, Faris Cassell, author of the book The Unanswered Letter, discusses many things, including a previously unknown opportunity to assassinate Hitler—to which the Bergers were connected.