The Great American Desert was the name given, in the first half of the nineteenth century, to the area west of the Mississippi river.

At the time, the area was only inhabited by tribes of native American Indians. White Americans considered it to be unfit for habitation.

As people moved onto the Great Plains, the area referred to as the Great American Desert became smaller and smaller until only the Utah and Nevada plains bore the name. 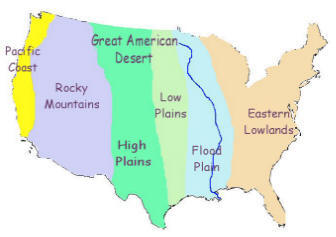 Characteristics of the Geographical Areas of North America

The first emigrants to America from Europe settled on the Eastern side of America. Few ventured further west than the Appalachian mountains. As more and more people settled in America and more living space was needed, people began to venture further west. However, prior to 1840 few went beyond the Mississippi river. 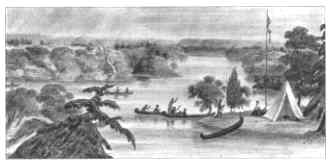 The Mississippi river is the fourth largest river in the World. It covers more than 2,500 miles from North Minnesota to the Gulf of Mexico. It has 250 tributaries and its flood plain covers 1.25 million square miles. Consequently, in times of heavy rainfall, this land is prone to flooding. 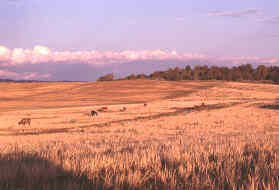 The Great Plains stretch from the Mississippi river in the East to the Rocky mountains in the West. In geographical terms a Plain is defined as a large area of treeless land. Because of the lack of trees it tends to be windy all year round. In winter the weather is very cold with the wind blowing snow into blizzards. The summers are very hot and windy which dries and cracks the land.

Some woodland can be found near to the Mississippi river but beyond that the land is miles and miles of grassland – tall prairie grass on the Low Plains, shorter grass on the High Plains. 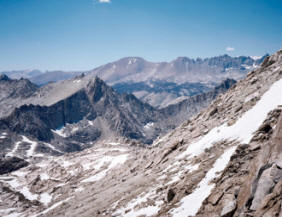 The Rocky Mountains extend from Alaska in the North to New Mexico in the South. Mountainous regions surround high plateaux. The highest mountain is Mount Elbert 14,431 feet. In the South, the Rocky Mountains are characterised by thick wood and used to be inhabited by grizzly bears, mountain lions and beavers. The Grand Canyon can be found in the Rocky Mountains. The plateaux tend to be areas of semi-desert.

The states of California and Oregon can be found along the Pacific Coast. The climate is mild and the soil is fertile and easily farmed.