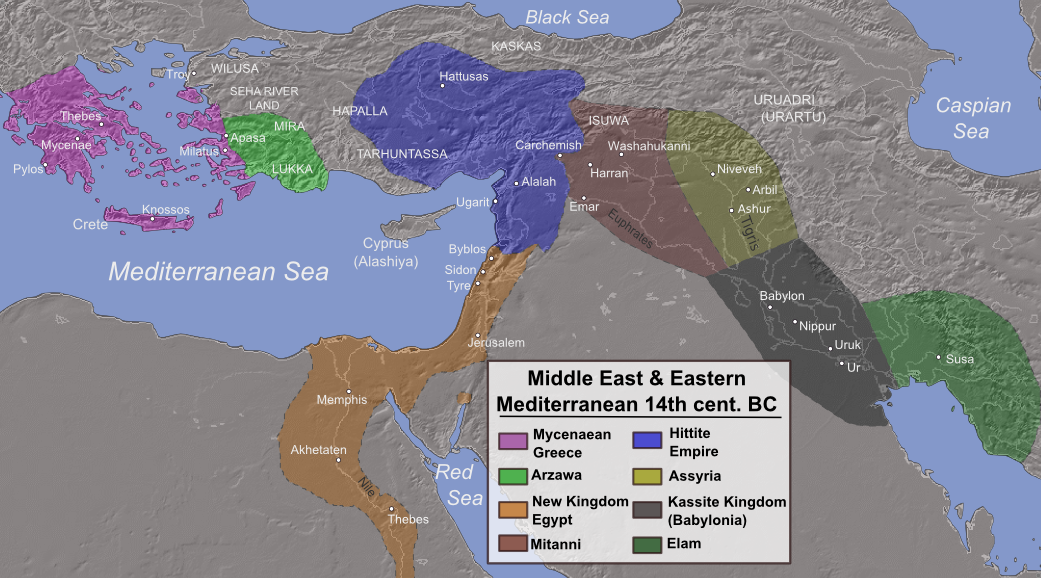 Over the centuries of its long existence, the Assyrian empire expanded and grew only to fail and fall many times. Scholars divide Assyrian history into three main periods: the Old Kingdom, the Middle Empire and the Neo-Assyrian Empire. While Assyria ended as a political entity, Assyrians as a people still live today in parts of Iran and Iraq. Historically, the Assyrians were a Semitic people living in northern Mesopotamia who spoke Akkadian until the easier Aramaic language came along. The Assyrian Empire is considered the greatest Mesopotamian empire because of its size, the efficiency of its bureaucracy and it powerful military strategies.

The Assyrian story began in the city of Ashur in northern Mesopotamia. Although Ashur had been inhabited from 3000 B.C. onwards, scholars date the founding of the city to 1900 B.C. since that is the date of the extant ruins. Its early kings, who worshipped the god Ashur, were called the “kings who lived in tents,” which implies a nomadic people rather than a settled, agricultural one. Little is known about this time period (circa 1900 to 1791 B.C.). The information we do have is sourced in thousands of clay tablets, mostly containing letters from merchant families involved in trade with Anatolia (modern day Turkey).

Throughout the Old Kingdom era, at times Ashur and other Assyrian cities came under the control of the Akkadian empire under Sargon the Great. At other times, Assyria was a vassal state to Ur’s Third Dynasty in southern Mesopotamia. During this time, Ashur grew prosperous due to trade. Assyrian traders set up businesses in a trade colony they established in Karum Kanesh, Anatolia.

Merchant families from Ashur took wool and finished cloth to Kanesh, where they traded it for silver, tin and other metals. These merchants left some trusted members of the family in Kanesh to run things there, while older family members returned to Ashur. Thousands of clay tablets found in Kanesh discuss this profitable trade network. The wealth generated by this trade gave Ashur the strength and security necessary for eventual empire-building. Tin from Anatolia gave the Assyrians the opportunity to develop iron working to perfection. Assyria’s iron weapons would later give the Assyrian empire a great military advantage.

Assyria’s competitors in the Old Kingdom included Hittites, Amorites, Hurrians, Mitanni, Elamites as well as Babylonians and Sumerians. The Amorites began to settle in the area, taking vital resources needed by Ashur. An Assyrian king named Shamshi-Adad I (1813 to 1791 B.C.) succeeded in driving out the Amorites and uniting the Assyrian cities of Arbel, Nineveh, Ashur and Arrapkha. Along with the city of Nimrod, this was the core of the fledging Assyrian empire. Under King Shamshi-Adad I, the Assyrian trade network with Anatolia flourished, giving Ashur power and wealth. While stronger competitors prevented the empire’s growth, the Assyrian core cities were secure. The year after King Shamshi-Adad’s death, Hammurabi took the Babylonian throne and Assyria became vassals to the Babylonians during Hammurabi’s rule.