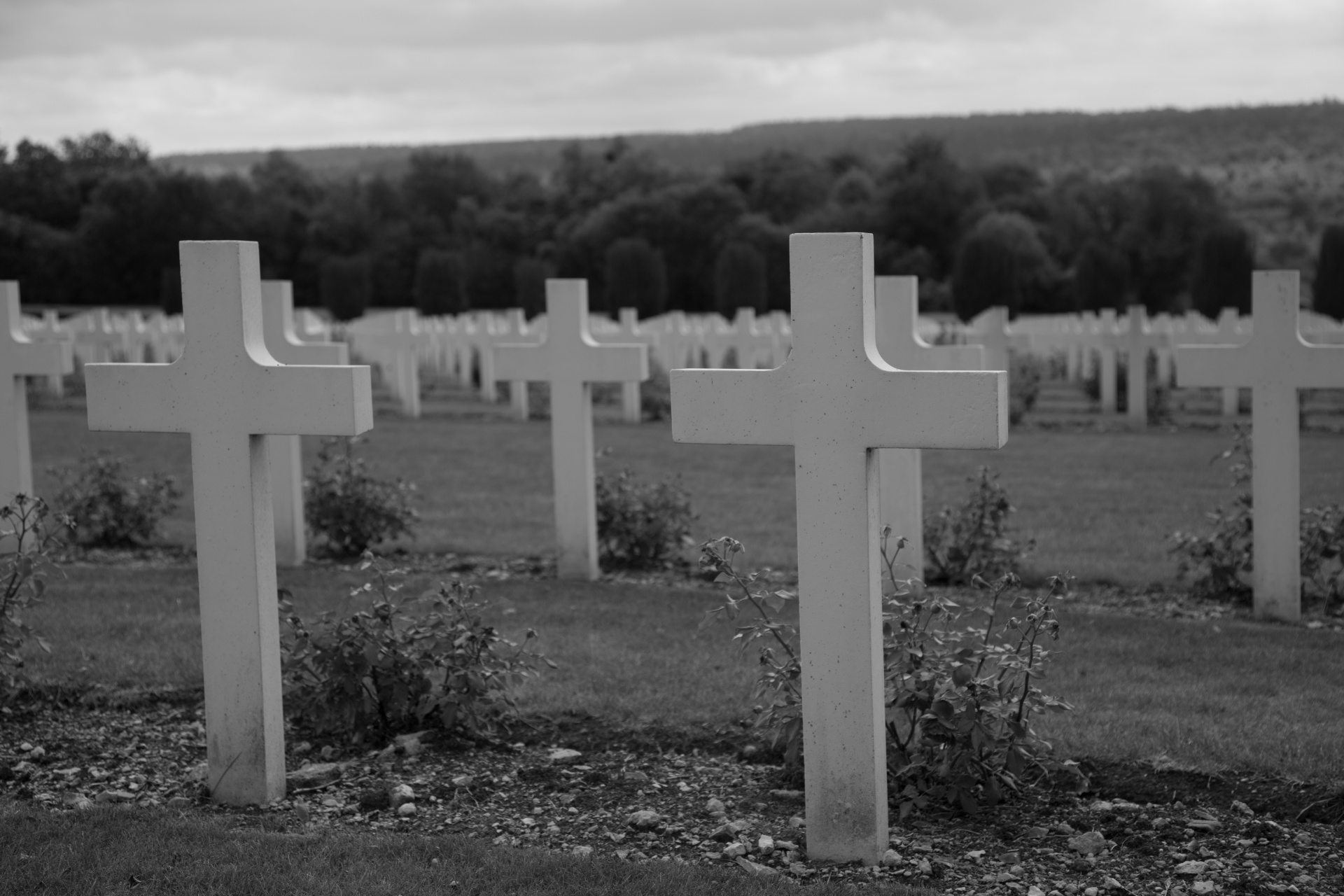 The Battle of Verdun–fought from February 21-December 18 1916 in the Western Front of France–was horrifying and hellish even by the standards of World War One. Over a 299-day-period, there were 1 million total casualties. The French were bled white, but so were the Germans.

Of these, 300,000 were killed, which is about 1 death for every minute of the battle. The French most likely lost slightly more than the Germans. About 10% of all French war dead were from Verdun. Half of Frenchmen between 20 and 30 years old were killed. Although more men died at the Somme, the proportion of casualties suffered to the number of men who fought was much higher at Verdun than at any other battle in World War I.  Also the number killed per square mile was the greatest at Verdun. To this day, the battlefield is still cratered and pockmarks.  Many unexploded shells (maybe 12 million) still remain.  Trenches can still be seen. Alistair Horne said, “Verdun was the First World War in microcosm; an intensification of all its horrors and glories, courage and futility.”

1916 is often called “The Year of Battles,” because in that year, the three greatest battles in world history to that time occurred. They occurred largely simultaneously. The first of the three to begin was Verdun.