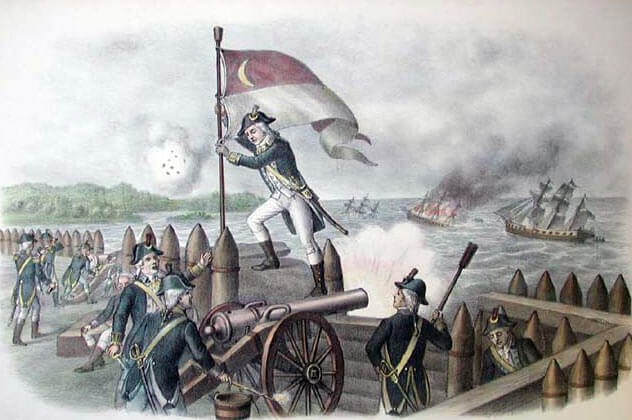 The Battle of Sullivan’s Island occurred on June 28, 1776 in the Revolutionary War in which Patriot and British forces fought on Sullivan’s Island near Charleston, South Carolina. The island controlled the entrance to Charleston harbor and was strategically vital. British reconnaissance missions observed Patriots constructing a fort on the island. The Patriots won the battle.