Black Peoples of America – Effects of Slavery on Africa 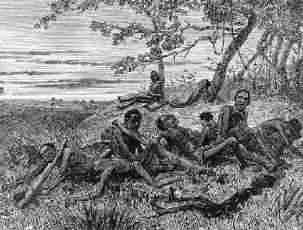 This was not the case once trading in slaves became ‘big business’.

From about 1510, Europeans had begun capturing slaves and taking them to work in the Americas. They were easily able to do this because their weapons were much more powerful than the Africans’ traditional spears and shields.

At the same time, coastal Africans were using guns to raid inland villages for the slaves that the Europeans wanted. Those who resisted capture were killed. 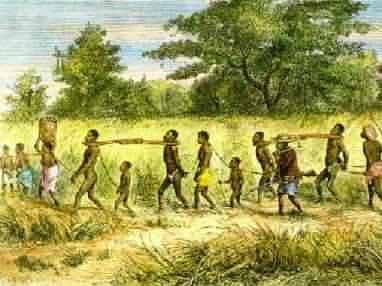 Slaves were chained together and marched to the coast. Sometimes this could take many days or weeks.

Slaves who did not move fast enough, or showed any sign of resistance to the traders, were whipped.

Those who were too weak or sickly to complete the journey at the required pace were left to die.

Fear of the slave trader led many Africans to move to remote areas where the soil was not so good and they were unable to grow enough crops to feed themselves.