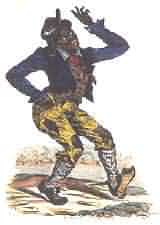 Jim Crow was a character in an old song who was revived by a white comedian called Daddy Rice. Rice used the character to make fun of black people and the way that they spoke. The term Jim Crow came to be used as an insult against black people.

In a bid to stop black Americans from being equal, the southern states passed a series of laws known as Jim Crow laws which discriminated against blacks and made sure that they were segregated (treated unequally) from whites

A black man, Homer Plessey, took a railroad company to court because he had been made to sit in a ‘coloured only’ carriage.

The case went to the Supreme Court who supported the railroad company.

The ruling meant that the Jim Crow laws were legal and that it was not illegal to keep blacks and whites separate.

Because of Jim Crow Laws

Blacks were excluded form all newspapers and from trading. Negroes gradually lost jobs in government, which they gained after the Civil War.

Whites owned the land, the police, the government, the courtrooms, the law, the armed forces, and the press. The political system denied blacks the right to vote. 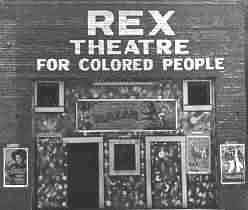 Murders were conducted in secret and in public by white men. The blacks were harassed and abused, physically and verbally. These violent acts became a part of their life.

Signs were put up to separate facilities saying “whites only” and “colored” or “Negroes” appearing on parks, toilets, waiting rooms, theatres, and water fountains.