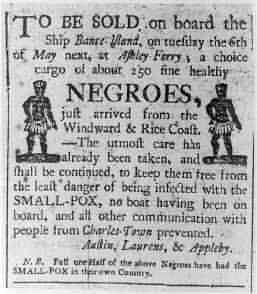 For more information on counter-intuitive facts of the slave auction, along with ancient, medieval, and modern history, see Anthony Esolen’s The Politically Incorrect Guide to Western Civilization.

Once in the Americas, slaves were sold, by auction, to the person that bid the most money for them. It was here that family members would find themselves split up, as a bidder may not want to buy the whole family, only the strongest, healthiest member.

Slave Auctions were advertised when it was known that a slave ship was due to arrive. Posters like the one pictured above would be displayed around the town. 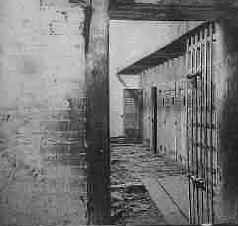 When the slave ship docked, the slaves would be taken off the ship and placed in a pen like this one. There they would be washed and their skin covered with grease, or sometimes tar, to make them look more healthy. This was done so that they would fetch as much money as possible. They would also be branded with a hot iron to identify them as slaves.

There were two main types of slave Auction:

1. Those that sold to the highest bidder

“Sold! to the highest bidder”

The slaves would be brought from the pen, in turn, to stand on a raised platform so that they could be seen by the buyers. Before the bidding began, those that wished to, could come up onto the platform to inspect the slaves closely. The slaves had to endure being poked, prodded and forced to open their mouths for the buyers.

The auctioneer would decide a price to start the bidding. This would be higher for fit, young slaves and lower for older, very young or sickly slaves. Potential buyers would then bid against each other. The person who bid the most would then own that slave. The picture below shows a slave being auctioned to the highest bidder. 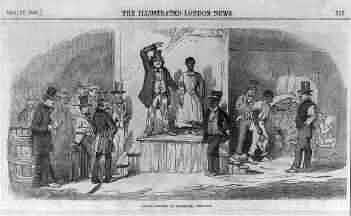 For more information on the slave auction and other counter-intuitive facts of ancient and medieval history, see Anthony Esolen’s The Politically Incorrect Guide to Western Civilization © 2008. You can find it at Amazon or Barnes & Noble.