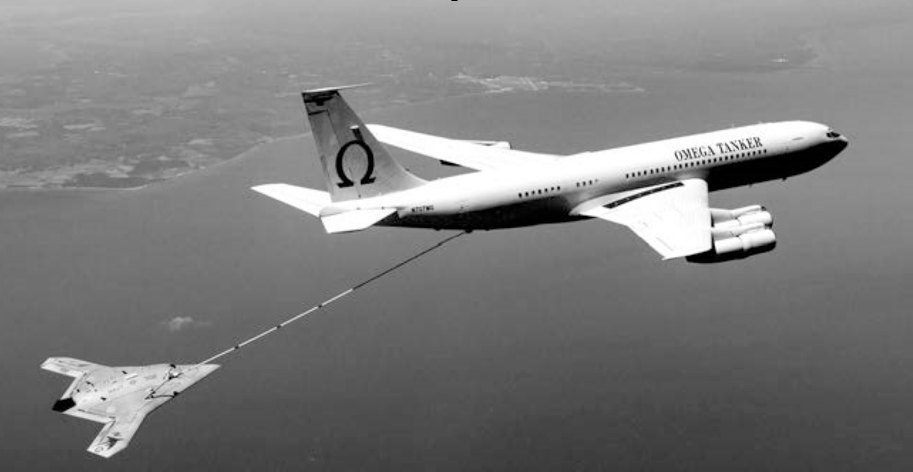 The following article on the Carrier Based Aerial Refueling System is an excerpt from Barrett Tillman’s book On Wave and Wing: The 100 Year Quest to Perfect the Aircraft Carrier. It is available to order now at Amazon and Barnes & Noble.

In 2016, the Navy expanded the prospect of carrier-based drones as tanker aircraft. Previously called the Unmanned Carrier Launched Airborne Surveillance and Strike system (UCLASS), the Carrier Based Aerial Refueling System (CBARS) was designed to free five or six strike-fighters per air wing. Therefore, a dedicated tanker drone could address the more immediate problem of the F/A-18E Super Hornet’s relatively short legs when it is reconfigued to be used as an airborne tanker, leaving the intelligence and surveillance roles to other platforms.

The purpose of the Carrier Based Aerial Refueling System is to address a growing problem for the U.S. Navy: It still finds itself relying upon Air Force tankers for the range needed for many missions. Organic air wing tankers have entered a descending graveyard spiral: from the classic KA-3 Skywarrior (retired in 1987) to the less capable but useful KA-6D Intruder (killed by Dick Cheney in 1997) to the marginal S-3 Viking.

The Super Hornet has filled in the tactical tanker role the Navy lost with the retirement of these older tankers. The problem with using the Super Hornet as a tanker is that on typical missions a fifth of the air wing is dedicated to the tanker role, which consumes aircraft fatigue life expectancy much more quickly than other missions.

In 2016 a fleet-experienced naval flight officer said, “The Navy has painted itself into a corner with Super Hornet tankers. The mission eats up fatigue life at a ridiculous rate, and there is something really, really stupid about using your most capable strike platform as a tanker.” Because “classic” Hornets, through the FA-18D, did not carry a “buddy store” refueling pack, later-model Hornets are required. But the tanker mission badly eroded the Super Hornet’s six thousand-hour airframe life, further reducing availability, since FA-18Es typically spend 25 percent of their time tanking.

Even assuming that Carrier Based Aerial Refueling System proceeds with congressional approval, the most optimistic estimate is four years to fleet service. Based on decades of institutional experience, best-case scenarios can prove 50 to 100 percent optimistic. There are few better examples than the F-35, which despite being declared “operational” by the Marine Corps is still unable to match stated requirements. As of early 2016 more than two hundred Lightning IIs had been delivered to the three services, logging fifty thousand hours since 2008—and apparently none were fully combat capable.