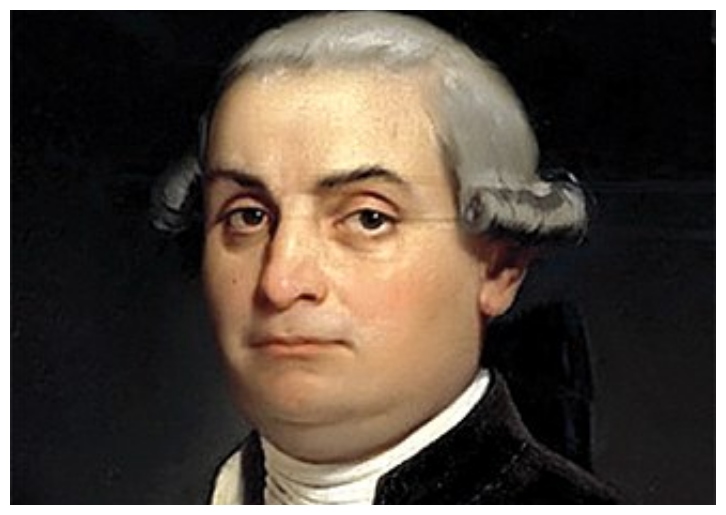 Cesare Beccaria greatly influenced The American Revolution and the Age of The Enlightenment, and he is someone most people have never heard of.

Mr. Beccaria was a criminologist and sometime politician living in Italy during the 1700s.

While the Italian revolution and the Italian Enlightenment or Illuminiso have been largely unrecognized for their influence on the American Revolution, European names such as John Locke or William Blackstone may still be known to some, Beccaria has languished and gone largely unnoticed.

As Professor and lawyer John Bessler points out, Beccaria’s book, Dei delitti e delle pene (1764), translated into English as On Crimes and Punishments (1767), significantly shaped the views of American revolutionaries and lawmakers. The first four U.S. Presidents—George Washington, John Adams, Thomas Jefferson, and James Madison—were inspired by Beccaria’s treatise and, in some cases, read it in the original Italian.

With “On Crimes and Punishments”, Beccaria sought to reform what he considered a grotesquely barbaric penal system. He wanted to contribute to a less retributive and more rehabilitative criminal justice system.

Becarria’s views, which amounted to an anti-death penalty stance, formed the basis of what could be described as American thought regarding justice, torture, cruelty, and managing the relationship between them.

Beccaria’s magnificent treatise also shaped many of America’s foundation documents such as the Bill of Rights, the Constitution, and even the Declaration of Independence.

It is asserted by the American Constitution Society that, Pennsylvania’s 1776 constitution declared that penal laws “shall be reformed by the legislature of this state, as soon as may be, and punishments made in some cases less sanguinary, and in general more proportionate to the crimes.” Beccaria’s book shaped American history. George Washington bought a copy in 1769 and, during the Revolutionary War, wrote Congress that death sentences were too frequent, lamenting “the want of a proper gradation of punishments.” At the Boston Massacre trial in 1770, John Adams forcefully quoted Beccaria’s words in defending British soldiers accused of murder, with his son John Quincy Adams later noting the “electrical effect” of those words. And in Virginia, Thomas Jefferson and James Madison sought to curtail capital offenses by pushing for the adoption of “A Bill for Proportioning Crimes and Punishments in Cases Heretofore Capital.”

One way in which Cesare Beccaria influenced America’s Founding Fathers is by shaping their views on cruelty, the concept embedded in the U.S. Constitution’s Eighth Amendment.  James Wilson—a signer of the Declaration of Independence and the U.S. Constitution—regularly cited Beccaria’s work and called “cruel” punishments “dastardly and contemptible.”  And in the 1820s, Madison spoke of his attraction to “penitentiary discipline” as a substitute for “the cruel inflictions so disgraceful to penal codes.”  After receiving an anti-death penalty pamphlet that quoted Beccaria, Madison wrote to a Kentucky physician: “I should not regret a fair and full trial of the entire abolition of capital punishments by any State willing to make it.”

In fact, there was a letter that was sent by the then-Pennsylvania attorney general, William Bradford to Italian botanist Luigi Castiglioni. In the letter, Bradford, who was at the time a great friend of Madison’s, showered acclaim and admiration onto On Crimes and Punishments and Beccaria. The letter, which was later reprinted in Castiglioni’s travelogue, read as follows:  “This book was common among lettered persons of Pennsylvania, who admired its principles without daring to hope that they could be adopted in legislation since we copied the laws of England, to whose laws we were subject.

Finally, it was one of Cesare Beccaria’s most crucial and core principles that were adopted with vigor and enthusiasm by, not only Bradford and Jefferson but indeed by John Adams and Wilson as well. This was what would become the chief axiom among the revolutionaries, what was that any dispensing of justice that took the form of punishment had to be “absolutely necessary”, or would otherwise be regarded as “cruel” and “tyrannical”. It was in the late 1700s that Bradford wrote An Enquiry How Far the Punishment of Death Is Necessary in Pennsylvania. This report cites Beccaria’s influence, and states that “as soon as the principles of Beccaria were disseminated, they found a soil that was prepared to receive them.”

Jefferson wrote in his autobiography, which was published in 1821, that “Beccaria and other writers on crimes and punishments had satisfied the reasonable world of the unrightfulness and inefficacy of the punishment of crimes by death.”