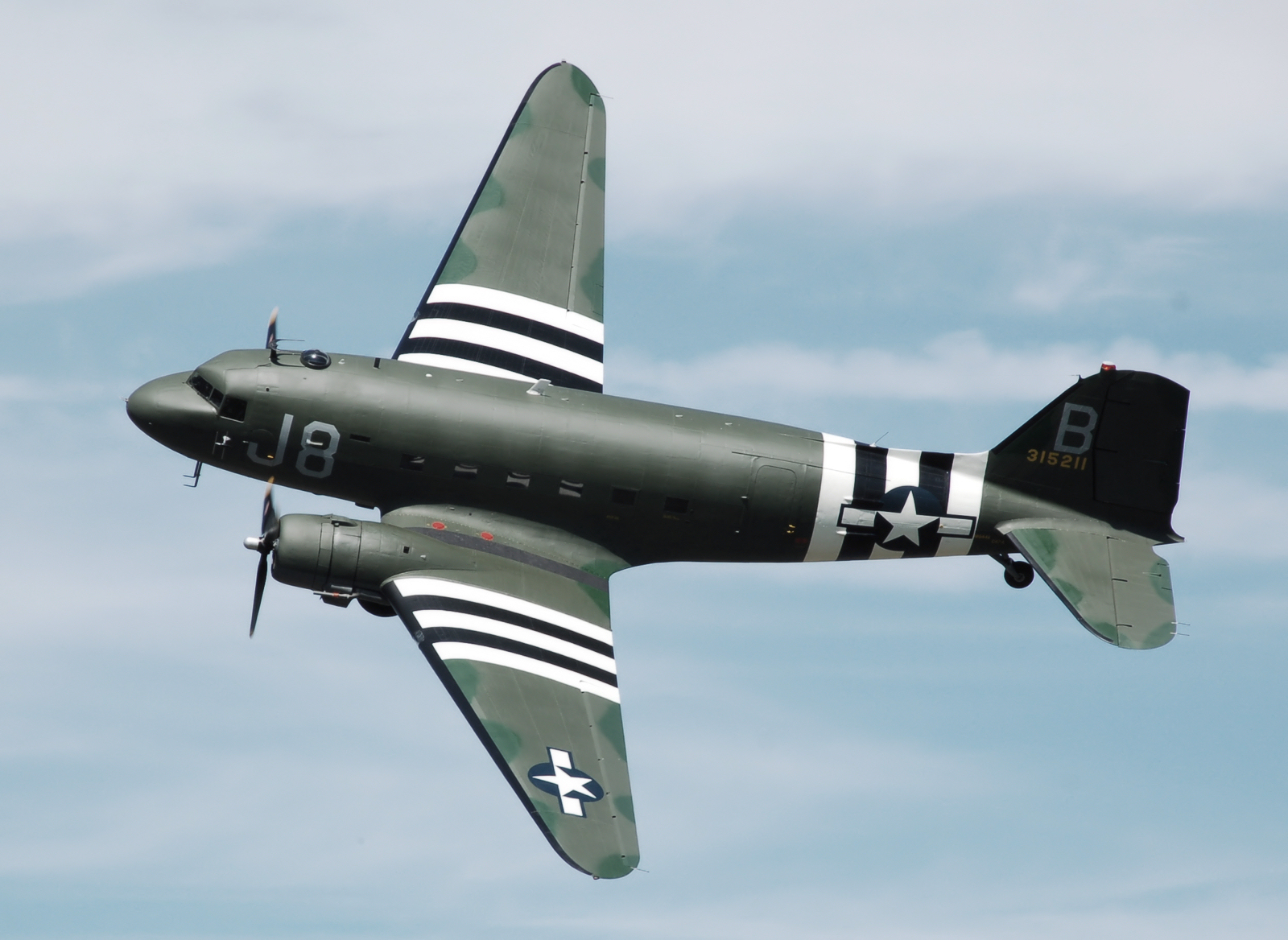 The following article on invasion stripes is an excerpt from Barrett Tillman’ D-Day Encyclopedia. It is available for order now from Amazon and Barnes & Noble.

On 4 June 1944 nearly every Allied tactical aircraft in Great Britain was painted with ‘‘invasion stripes’’ to prevent or reduce the prospect of friendly aircraft being shot down by U.S. and British forces. D-Day was originally scheduled for the 5th, but weather forced a delay, which probably allowed more RAF and USAAF planes to receive the new paint schemes as part of D-Day planning, though heavy bombers were excepted.

As a generalization, the D-Day markings were three white stripes and two black, each eight to eighteen inches wide on the wings and fuselages, depending on aircraft size. Wing stripes were variously placed on the undersurfaces or top and bottom, depending on the time available. Fuselage stripes frequently encircled the entire airframe. It was said that the enormous quantity required for thousands of aircraft exhausted most of the black and white paint in Britain. Similar markings had been planned for aircraft involved in the Dieppe operation in August 1942.

This article on invasion stripes is from the book D-Day Encyclopedia, © 2014 by Barrett Tillman. Please use this data for any reference citations. To order this book, please visit its online sales page at Amazon or Barnes & Noble.