Daily Life for a Maya Noble

History » The Mayans » Daily Life for a Maya Noble 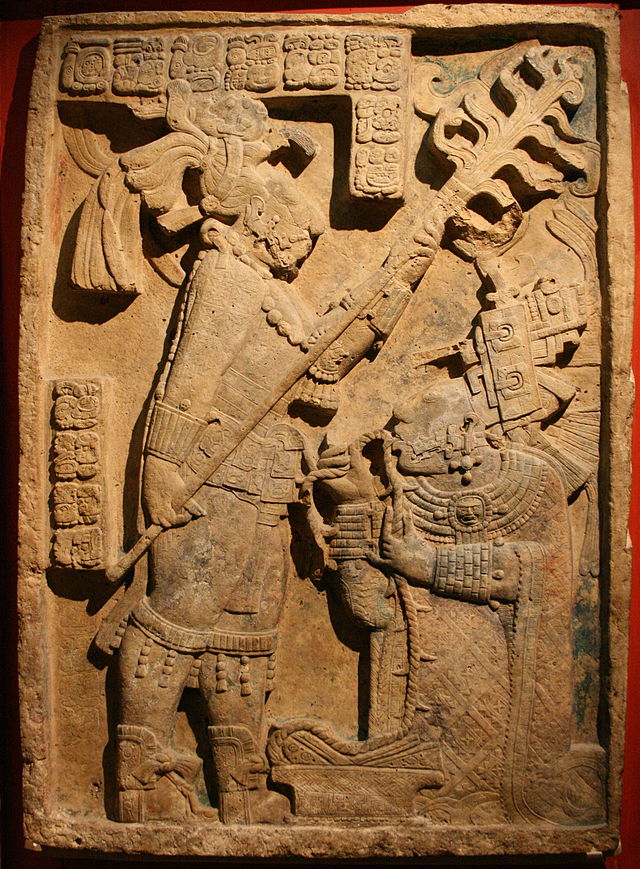 The noble class of the Maya was much smaller than any other class, but they were far more wealthy and powerful. Maya nobles, known as almehenob, filled the priesthood, or became government officials, court officers, town rulers, scribes, tribute collectors, military leaders and administrators. Their position, as well as their noble heritage, was passed down to their young. According to Maya beliefs, nobles were intermediaries between the gods and men, with the king being the greatest intermediary. Nobles, therefore, had duties both to the gods and to man.

The lives of Maya nobles differed significantly from the lower classes. Because of their almost priestly role, nobles received more material benefits than those of the lower classes. Maya nobles lived in large houses built of stone in the center of Maya cities. Men and women of the noble class wore fancy clothes and elaborate jewelry. Their diet was much the same as other classes, but they would have eaten more meat. They drank chocolate and an alcoholic beverage known as blache.

In return for the benefits, nobles regularly offered their blood to the gods, by puncturing their ears, tongues and genitals with thorns or stingray spines. Nobles considered bloodletting an honor. They would bleed onto strips of paper, which were then burnt in an offering to the gods. Often, before the bloodletting rituals, nobles would drink or eat a hallucinogenic plant and would puncture themselves while in a drugged trance.

A day began for the Maya nobles with a cup of frothy chocolate. Nobles and royalty were the only people who could afford to drink chocolate daily. While they ate the same meat and vegetables as everyone else, no doubt they could afford more meat and special foods. After breakfast, they would attend to religious duties or the position they held in the government or military. The Maya king employed scribes, potters, weavers and stone carvers to create beautiful works of art for his palace. These palace workers might be nobles or of the artisan class. The multiple servants taking care of the royal family were memba uinicoob, or laborers.

The noble class purchased almost all of the luxury goods produced by artisans. They loved adorning themselves and would wear feathers, jadeite ear bobs, fancy sandals and brightly colored cotton clothes. The boundary between nobles and commoners were protected by law. There were laws prohibiting commoners from wearing the type of clothes nobles wore.

The life of a Maya noble was easier than for Maya commoner, but if they were captured in a war, nobles were far more likely to be tortured and sacrificed to the gods. Commoners, if caught, were more likely to end up as slaves, although they too could be sacrificed by the enemy.