Daily Lives of Middle Eastern Women in the School, the Home, the Harem, and Everywhere Else—Marie Grace Brown 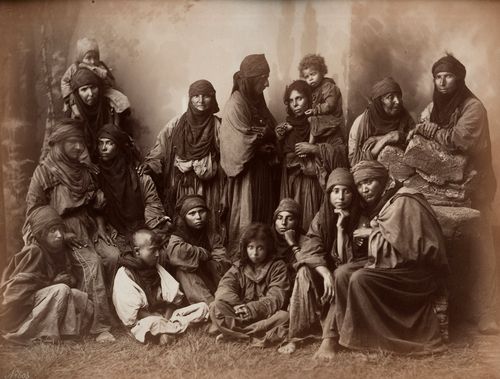 For those who haven’t studied the Middle East, the historical lives of women there can be thought to be a black hole: no information available about those who were thrown under a burkha and locked up at home or in a harem.

Never mind that few women wore the clothing of modern-day Saudi Arabia in the past; women had vibrant lives there regardless of social restriction. Even in the harem, ostensibly the most restrictive place in the pre-modern Middle East, women ironically could exert more power than anywhere else. In fact, if you wanted to rule an empire through your weak-minded husband or son, there was no better place to be.

To discuss these issue I am joined by Marie Grace Brown, professor of history at the University of Kansas. She is a cultural historian of the Modern Middle East with a special interest in the questions of gender and empire.

Marie does a great job of making academic concepts about Westernization vs. modernization accessible to a non-scholarly audience. But we don’t get too scholarly. At one point I ask her how she would take over the Middle East as a woman in the pre-modern world.

Her award-winning book, Khartoum at Night: Fashion and Body Politics in Imperial Sudan (Stanford University Press, 2017), traces gestures, intimacies, and adornment to give a history of northern Sudanese women’s lives under imperial rule.

Marie’s professor page at the University of Kansas