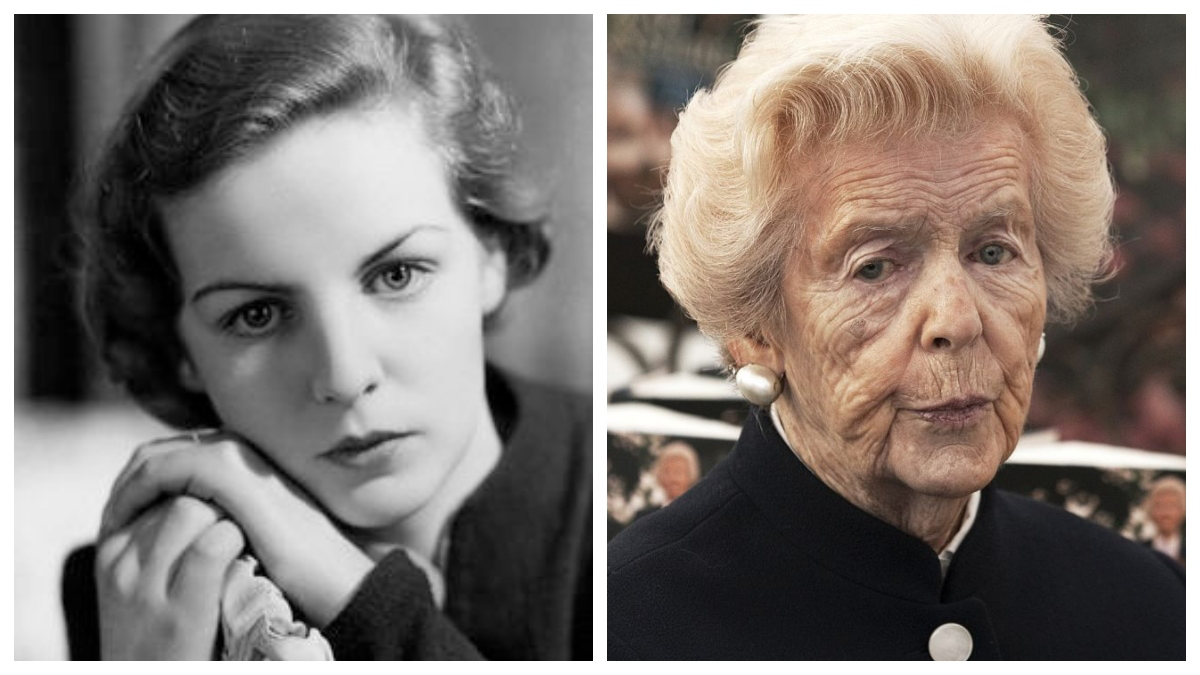 Deborah Mitford was the youngest of the Mitford sisters, as well as the last surviving.

She was known as “Debo” to her friends and family and she was born March 31, 1920, in Oxfordshire, England.

Deborah wasn’t in search of the diametrically opposed political bluster that would plague the communist Jessica or the fascist, Diana. Debo much preferred the tranquil and laconic country life afforded to her in Oxfordshire and, later, Derbyshire.

It was in 1941 when Debo would inherit the title of “Duchess”, following her marriage to Lord Andrew Cavendish, who was the 11th Duke of Devonshire.

Before the wedding, in a letter to sister Diana, the soon-to-be Duchess wrote that “I expect we shall be terrifically poor,” “But think how nice it will be to have as many dear dogs and things as one likes without anyone to say they must get off the furniture.”

Three years later, however, Andrew’s elder brother Billy (who had married Kathleen Kennedy, a sister of JFK) was killed in action during World War II, and then in 1950, the 10th Duke died unexpectedly at age 55. As a result, Andrew inherited the dukedom, which came with magnificent properties, including Chatsworth, one of the most treasure-filled houses in England.

Indeed, if there was one bedrock passion that Debo had, it would have been the Chatsworth estate. From 1980 to 2005, Deborah wrote seven books about Chatsworth, from Chatsworth: The House to Round About Chatsworth.

James Riginato of Southby’s, who sat down to lunch with Deborah Mitford back in 2007, writes that located less than a mile from Chatsworth, the house where she had been chatelaine for more than 50 years, the Old Vicarage would be her last home, and the Dowager Duchess […] was thoroughly enjoying the downsizing: “The luxury of having everything so small – it’s simply amazing!” she marveled to me. With eight bedrooms, the Old Vicarage’s splendid 19th-century stone building was hardly diminutive, but after half a century living at Chatsworth – whose 297 rooms made it one of England’s most palatial stately homes – any other place was bound to seem cozy. Yet Debo, as she was known, did not mind at all – she spent her last years packing the Old Vicarage with the style and charm for which she was celebrated.

In 2010, the Duchess released her biography Wait for Me!… Memoirs of the Youngest Mitford Sister, which was her biography.

The Guardian reported that “[Debo’s] life has been remarkable, and only her languid, laconic, matter-of-fact style allows her to shoehorn it into 370 pages. There is enough here for a dozen books. She must be one of the few people to have met both Adolf Hitler and John Kennedy, has been a familiar of the Queen for her entire reign, and was related by marriage to Harold Macmillan and used to go shooting with him. “When he became prime minister [in 1957, having previously been chancellor],” she tells me apropos of nothing in particular, “he told me it was wonderful because at last, he had time to read.” She laughs. Her sense of humor and recognition of the absurdities of life are apparent throughout both her book and our conversation, bearing out her friend Alan Bennett’s remark: “Deborah Devonshire is not someone to whom one can say, ‘Joking apart . . .’ Joking never is apart: with her, it’s of the essence, even at the most serious and indeed saddest moments.”

BBC reported that “at the age of 90 she published her own account of her upbringing because she felt the media had portrayed her family unfairly. Wait For Me: Memoirs of the Youngest Mitford Sister shines a light on the vanished world of high society, debutantes and their delights and the traumas of World War Two.”