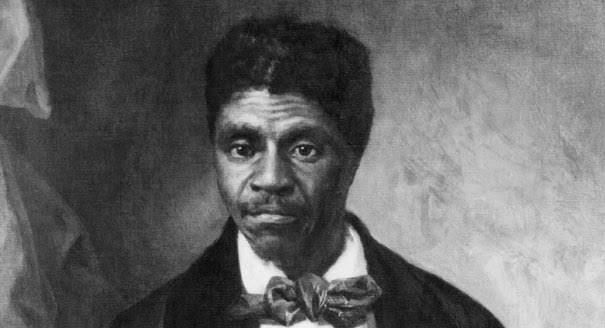 The Dred Scott Supreme Court case decision, formally Dred Scott v. John F.A. Sandford, was a legal case in which the U.S. Supreme Court on March 6, 1857, ruled (7–2) that a slave (Dred Scott) who had resided in a free state and territory (where slavery was prohibited) was not thereby entitled to his freedom.

What made the Court’s decision so explosive was that even though Taney acknowledged that he had no jurisdiction in the case, he nevertheless went on to make some controversial pronouncements on issues related to Scott’s case. The reason he claimed to have no jurisdiction was that he contended that Scott, a black man, was not a U.S. citizen and thus could not bring suit in the U.S. Supreme Court. Taney argued that the various disabilities placed upon blacks throughout the Union, in Northern states as well as Southern, showed they were not considered part of the polity, and that citizenship rights had not been intended to be extended to them.

American history textbooks are particularly fond of quoting Taney as saying that Africans were “so far inferior, that they had no rights which the white man was bound to respect.” To my knowledge, no textbook author has bothered to point out that Taney was not claiming this as his position. As the context makes clear, Taney was saying that by the time of the Declaration of Independence, the general opinion among whites for a century had been that blacks belonged to an inferior race, and that the idea of civil equality with whites was scarcely to be raised anywhere. Taney’s point was that since this was certainly the case, then it was highly unlikely that blacks, so universally despised by the white majority, could have been intended to be citizens. Taney did not see it as his role as a justice, whose task it was to interpret existing law, to raise people to citizenship. Should people wish to extend citizenship to the Africans living in their midst, he said, they should do so by means of the normal legislative process.

What upset Northerners about the decision was primarily not the individual fate of Dred Scott, even if this is the only aspect of the case that modern undergraduates seem able to remember on exams. (In fact, Scott and his family were emancipated by their owner not long after the case was concluded.) The issue was Taney’s comments with regard to slavery in the territories. Taney argued that Scott’s temporary residence in the Wisconsin Territory, a free territory, did not entitle him to his freedom because the prohibition of slavery in the territories had been unconstitutional in the first place. By Taney’s reasoning, the Missouri Compromise had always been unconstitutional. The territories were the common property of the United States, Taney argued, and thus they should be equally accessible to all. To prohibit slavery in the territories was tantamount to emancipating any slaves who might be brought there, and such action amounted to an unlawful confiscation of property in violation of the Fifth Amendment’s due process guarantee. Thus the territories had to be open to slavery.

Given that the Missouri Compromise had already been set aside three years earlier by the Kansas-Nebraska Act, Taney’s statement was of little practical effect. But symbolism was at least as significant as substance in the years leading up to the outbreak of the War Between the States, and Taney’s dismissal of the Missouri Compromise, which some Americans had treated with the utmost reverence, was too much for some to accept. For those with active imaginations, it seemed to be further evidence of the existence of a Slave Power conspiracy aimed at Southern aggrandizement. Republicans were especially displeased. The Republican Party had as one of its major planks the prohibition of slavery in the territories. Now, with the Dred Scott Supreme Court case decision, the Republicans were being told that even if they did achieve electoral success they would not be allowed to put their program into effect. A major plank in their platform, they had just been told, was unconstitutional.