Einstein’s War: How Relativity Triumphed Amid the Vicious Nationalism of World War I

History » Podcast Episodes » Einstein’s War: How Relativity Triumphed Amid the Vicious Nationalism of World War I 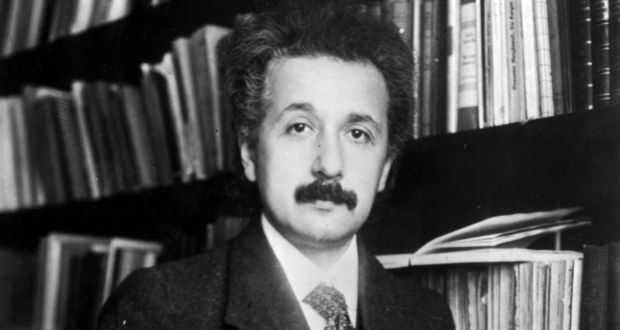 Albert Einstein’s rise to fame was not instantaneous and easy. Rather, Einstein’s celebrity was, in large part, not his own doing. His grand ideas (ideas that would change physics forever) were formulated during a time of worldwide crises. The Great War quickly escalated into an industrialized slaughter that bled Europe from 1914 to 1918. Einstein was a victim of that war, even though, as a pacifist, he never held a rifle. Trapped behind enemy lines in Germany, Einstein suffered from wartime starvation and found himself unable to communicate with his most trusted colleagues abroad. But perhaps the most damaging crisis Einstein faced was the war against science. As enemy lines were etched deeper, the worldwide science community became fractured and prejudiced. German scientists were scorned by the Allies, Einstein included. Even in Germany, Einstein was regarded as an outsider for resisting against German nationalism.

Today I’m speaking with Matthew Stanley, author of the new book Einstein’s War: How Relativity Triumphed Amid the Vicious Nationalism of World War I. As Einstein struggled to make his theory whole, his communication with anyone outside of Germany was a dangerous affair. The fact that his theory was on track to debunk Isaac Newton’s conception of the universe made things even more difficult. So, despite the fact that Einstein’s country was at war and he was separated from his closest confidants by barbed wire and U-boats, his unlikely partnership with the Quaker astronomer A. S. Eddington proved to be the most important alliance of his lifetime. Despite the fact that other scientists seeking to confirm Einstein’s ideas were being arrested as spies, Eddington believed in Einstein and his theories and was willing to risk everything to prove their truth. He fought to showcase Einstein’s ideas to scientists around the world.

The serendipitous partnership of Einstein and Eddington, two pacifist scientists a world apart, came to fruition in May of 1919, when Eddington led a globe-spanning expedition to catch a fleeting solar eclipse that offered the rare opportunity to confirm Einstein’s bold prediction that light has weight, thereby confirming his Theory of Relativity. It was the result of this expedition that put Einstein on front pages around the world. Now, precisely one hundred years later, the eclipse is a celebration of how bigotry and nationalism can and should be defeated in the name of science.