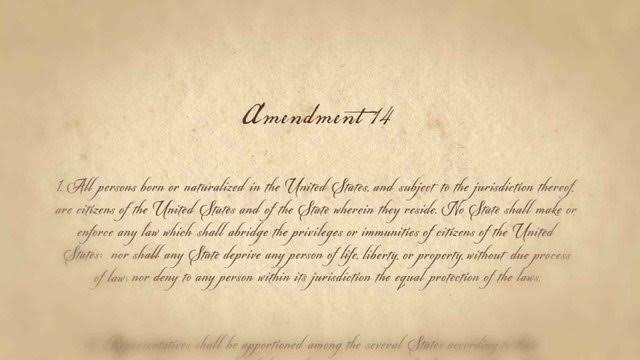 A primary motivation for this clause was to validate the equality provisions contained in the Civil Rights Act of 1866, which guaranteed that all citizens would have the guaranteed right to equal protection by law. As a whole, the Fourteenth Amendment marked a large shift in American constitutionalism, by applying substantially more constitutional restrictions against the states than had applied before the Civil War.

We know perfectly well, however, how the story turns out: Preferential policies, or “affirmative action,” soon became entrenched throughout American society, in defiance of the 1964 Act. At the same time, though, it is probably a waste of time to argue that affirmative action violates Title VII of that act when the very logic of antidiscrimination legislation leads in that direction. Since it is impossible to read minds, it cannot be known whether a private employer is engaged in “discrimination,” or if he is perfectly unbiased but in the course of hiring failed to employ various minority groups in proportion to their representation in the general population. In order to prove they have not discriminated, employers must now establish quota systems in hiring to protect themselves from government lawsuits. Thus the logic of antidiscrimination legislation leads directly to affirmative action.