Fr. Longenecker on Why The 3 Wise Men Were Real…But They Weren’t From the Orient or Kings

History » Podcast Episodes » Fr. Longenecker on Why The 3 Wise Men Were Real…But They Weren’t From the Orient or Kings 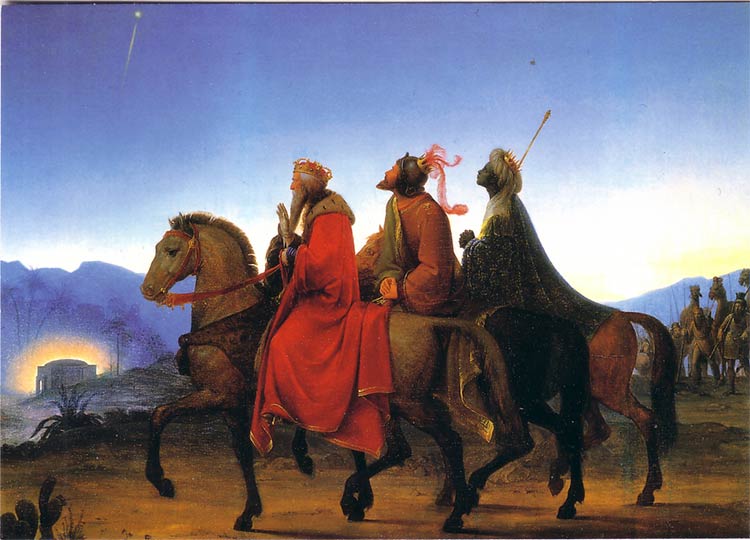 How do we separate myth from fact in ancient history? How do we do this when it comes down to one of the most beloved and well-known stories of all time: The Nativity?

Fr. Dwight Longenecker, a Catholic priest from Greenville, South Carolina, is attempting to do that. He has set out on a quest to investigate whether there is a kernel of historical truth beneath the many legends of the Magi story.

Now he thinks he has found it. The Magi were real, but they weren’t from the “Orient.” Nor were they kings. Rather, they were a political delegation from a mostly-forgotten kingdom to the south called the Nabateans. And they set out for Israel for reasons both religious and political.

It wasn’t an easy project for Fr. Longenecker to research. While he was always fascinated by the nativity story, he knew that plenty of legendary embellishment had filled in the gaps. Matthew’s bare bones account only speaks of “wise men from the East” who see a star and journey to Jerusalem, winding up in Bethlehem to pay homage to the newborn Jesus Christ before returning to their country by a different route.

There’s no mention of three kings, lavish costumes, camels, nor where they came from in the biblical account. No start leads them through the desert to Bethlehem. They aren’t even called kings (?!)

Furthermore, most Biblical scholars outright reject that the magi were historical at all. The Catholic Bible scholar Raymond Brown in his monumental study, The Birth of the Messiah notes that it was a mark of modernist orthodoxy not to believe in the historicity of the Magi story.

Fr. Longenecker found that as it turns out that because of scholars’ assumption that the Magi story was a fairy tale very few scholars had taken the time to investigate thoroughly the possible identity of the wise men. His research brought him into contact with new technologies which shed light on the subject. Some fresh archeological findings and new understandings from the Dead Sea Scrolls also contributed to the quest.

As it turns out, it is perfectly probable that there were wise men who had the motive, the means and the method to pay homage to Jesus Christ just as Matthew recorded.  The simple truth is that Matthew’s account is factual not fictional.

His book The Mystery of the Magi—The Quest for the True Identity of the Three Wise Men will be published next Advent by Regnery Press.

In this episode we answer the following questions:

Article: Beneath the mystery of the Three Wise Men lies history

"Fr. Longenecker on Why The 3 Wise Men Were Real…But They Weren’t From the Orient or Kings" History on the Net
© 2000-2020, Salem Media.
May 27, 2020 <https://www.historyonthenet.com/fr-longenecker-on-why-the-3-wise-men-were-real-but-they-werent-from-the-orient-or-kings>
More Citation Information.
Loading...