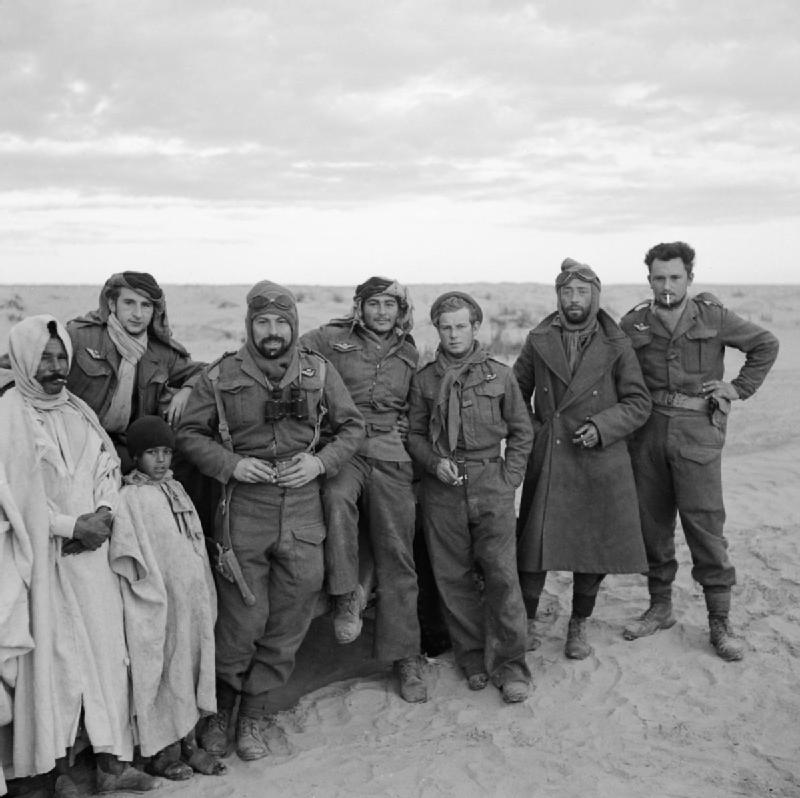 The following article on Free French Forces is an excerpt from Barrett Tillman’ D-Day Encyclopedia. It is available for order now from Amazon and Barnes & Noble.

Following the collapse of the Third Republic in 1940, elements of the French armed forces made their way to Britain or to secure areas of North Africa and the Mediterranean. The latter included a group of airmen and maintenance personnel who flew with the Soviet Air Force as the Normandie-Niemen Regiment.

In the British Royal Air Force, at least seven squadrons were wholly manned by French pilots, aircrew, and mechanics. Individual French fliers served in many other British or Commonwealth units.

Gen. Jacque Leclerc’s two brigades fought under British command in North Africa from 1941 to 1943. With the invasion of the Italian mainland, Gen. Alphonse Juin’s corps of some 105,000 men in four divisions operated under the U.S. Fifth Army.

Shortly after D-Day Gen. Jean de Lattre de Tassigny’s two corps landed in France—more than two hundred thousand troops in twelve divisions. In August Leclerc’s armored division was granted the honor of being first to enter Paris, setting the stage for de Gaulle’s triumphal return. That month Juin was appointed chief of the general staff, firmly establishing ‘‘Fighting France’’ as a reality on its native soil.

Part of Britain’s No. 4 Commando landing on Sword Beach, the 177 men of the 1er Batallion de Fusiliers-Marines included veterans of the 1942 Dieppe landing. Lt. Philippe Kieffer’s men sustained 40 percent casualties taking the fortified casino at Ouistreham but achieved their objective on the morning of D-Day. Later they repulsed a German counterattack.

On 5 June segments of the French Special Air Service parachuted into Brittany, preparing for clandestine and overt operations in the German rear. On D+5 Pierre Bourgoin, the flamboyant, one-armed commander of the SAS, arrived by air to oversee operations and recruit French Resistance fighters in the region.

On D-Day night two small SAS groups launched Operation Titanic, an ironically named project in view of its small scale. Nevertheless, it was a successful ‘‘economy of force’’ concept involving dropping rubber dummy parachutists across a wide area, sowing confusion among the German defenders. Between them the two SAS elements dropped a thousand dummies, coincidentally overlapping the scattered landings of American paratroopers.

This article on Free French Forces is from the book D-Day Encyclopedia, © 2014 by Barrett Tillman. Please use this data for any reference citations. To order this book, please visit its online sales page at Amazon or Barnes & Noble.