Give Me Liberty or Give Me Death Speech

History » Founding Fathers » Give Me Liberty or Give Me Death Speech 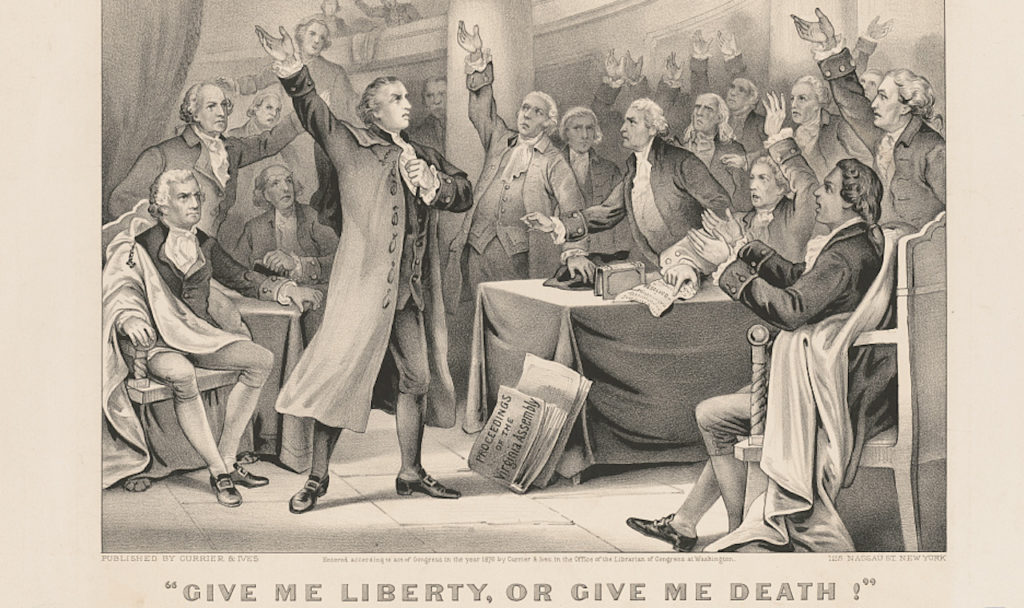 Patrick Henry, above any accomplishments before or after the Revolutionary War, is known for his “Give Me Liberty or Give Me Death” Speech. The speech was given when Henry and the other members of the Virginia convention decided to meet in March 1775 at St. John’s Church in Richmond. This meeting was held less than one month before the first shots of the Revolution were fired at Lexington and Concord, and Henry, through a passionate plea against the “illusion of hope,” forced his fellow Virginians to face the facts: “The war is inevitable—and let it come! I repeat it, sir, let it come!” His speech, typically reproduced under the title “Give me Liberty, or Give me Death!” is often characterized as a radical articulation of revolutionary principles. But, in fact, Henry made his case not from any general “rights of man” but from what he regarded as direct violations of the British constitution. He outlined the measures the colonies had taken to forestall war, to no avail. “Our petitions have been slighted; our remonstrances have produced additional violence and insult; our supplications have been disregarded; and we have been spurned, with contempt, from the foot of the throne!”

The convention almost immediately adopted resolutions for mustering, training, and arming the militia of Virginia. Without Henry’s impressive call for action, the convention might not have acted so quickly, particularly before shots had been fired. He was sent to the Second Continental Congress and was later appointed commander-in-chief of the Virginia militia, but many—including Washington—doubted his effectiveness as a military commander, and Henry resigned his commission in February 1776. He attended the third Virginia convention in the spring of that year and took part in the drafting of a new Virginia constitution and a Virginia declaration of independence. Even before the “United States” declared independence, Virginia, as a sovereign political entity, had already done so.

"Give Me Liberty or Give Me Death Speech" History on the Net
© 2000-2020, Salem Media.
January 18, 2020 <https://www.historyonthenet.com/give-me-liberty-or-give-me-death-speech>
More Citation Information.
Loading...