Government of the Maya

History » The Mayans » Government of the Maya 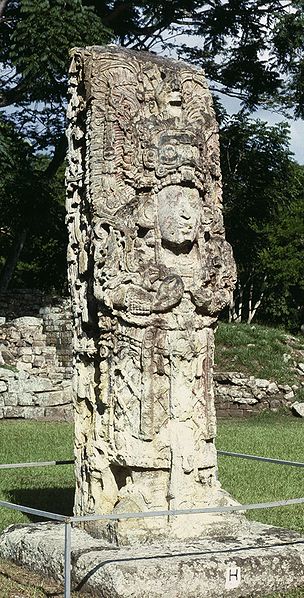 Unlike the Aztec Empire, the Maya had no central controlling government. Rather, each Maya city-state had its own individual ruling family that controlled the city and surrounding rural area. Some city-states were larger and controlled other smaller city-states, ruling them indirectly but taking tribute from the smaller polity.

The king, or k’ul ahau or sacred ruler, was an absolute monarchy. A king was also known as a halac uinic or true man. As a descendant of a deity, the king ruled by divine right. A council consisting of rich nobles and priests who were also relatives (a holpop) advised the k’ul ahau. The kingship was hereditary through the male line. A woman could rule if her husband had died, leaving her with a son too young to rule, although this was a rare situation.

In the Pre-Classic Maya era, rule was predominantly through a village elder, but gradually the Maya adopted a hierarchical governmental system with rule by a monarch and the aristocracy. While the king ruled by divine right, even he could only go so far. For example, the king of Copan by the name of Uaxaclajuun Ub’aah Kawiil or 18 Rabbit was captured by a Quirigua warrior in battle. Quirigua was much smaller city-state that was rebelling against Copan. After his capture, the Quirigua beheaded 18 Rabbit as a sacrifice to the gods. Since it is unlikely that 18 Rabbit was simply captured by a smaller and less powerful foe, some Maya scholars believe that 18-Rabbit was given to the enemy by the nobles of Copan. While rare, such actions gave warning to other rulers not to push their subjects too far.

Under the king was his council of advisors. The king appointed the numerous officials called batab who were necessary to the smooth running of the city-state. The batab held positions as military leaders, overseers, administrators, town councilors, constables, tax collectors and high priests. The king also appointed a nacom, a supreme military leader who decided strategy and called troops for battle. The king appointed a high priest to lead the hierarchy of priests and determine dates of ceremonies and festivals. When called upon by the halac uinic, the high priest would prophesy.

Wars were common during the Classic era among the Maya. They fought not to conquer other Maya city-states but to obtain captives for ritual sacrifice and for tribute. Occasionally Maya city-states warred against each other to make the other submit to vassalage and tribute. These polities also made alliances in order to conquer another city-state. During the late Classic era, city-states became even more militant, warring to obtain territory and resources and for increased prestige and power. Continual warfare is one of the reasons given for the decline of the great Classic era in the 8th and 9th centuries.