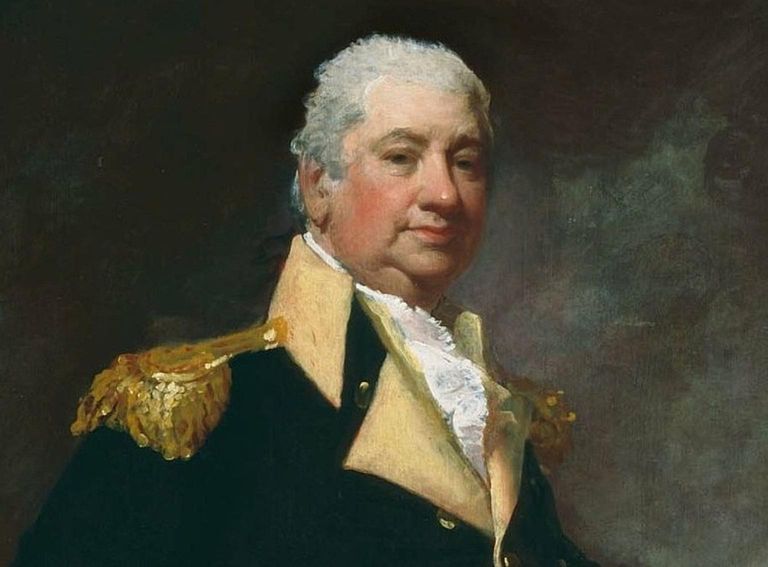 Henry Knox was an officer of the Continental Army in the Revolutionary War. In 1775, Knox was commissioned a colonel and tasked with bringing cannon from Ticonderoga, which was recently captured by Benedict Arnold and Ethan Allen. In November of 1775, ex-bookstore owner Henry Knox, the twenty-five-year-old colonel commanding the colonial artillery— his military knowledge, like Greene’s, was all from reading—requested that he be allowed to arrange for the guns at the captured British fort of Ticonderoga to be moved to Boston. It took ten weeks, but during the first part of February 1776 the guns began arriving at Cambridge.

In a feat inaccurately heralded by many historians as one of the most outstanding of the Revolutionary War, Knox brought sixty tons of guns and supplies—forty-three cannon, three howitzers, fourteen mortars of various sizes, twenty-three kegs of cannon and musket balls, and other items—almost three hundred miles on sledges through deep snow and very poor roads to the besieging army. Knox’s men experienced only a small fraction of the hardships endured by Arnold’s troops on their trek to Quebec, but Knox became an American hero and Arnold—his achievements not sufficiently appreciated—drifted into resentment.