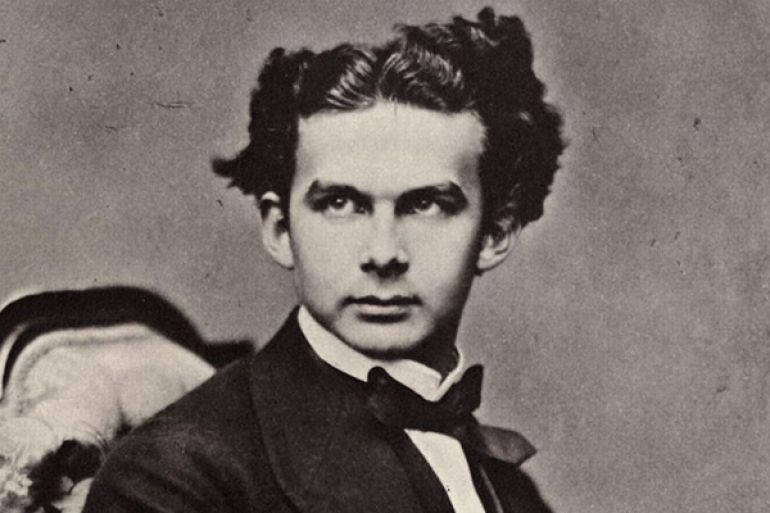 Ludwig II of Bavaria was a dreamer, above all. The king famously built fairy-tale style castles that adorned the Alps but were completely useless for defensive or social reasons (the king held large balls there where he was the only attendee and dined alone, maintaining conversations with his imaginary friends, Louis XIV and Marie Antoinette).

Lesser known about him, but equally odd, he went on high-speed midnight sleigh rides through the Alps, with him and his party dresses in full costume. His nocturnal behavior became legend among Alpine villagers. He woke up each evening at seven o’clock, lunched at midnight, ate his supper in the early morning, and went on strange adventures in the interim. Ludwig sometimes spent the entire night riding around the Court Riding School in Munich. At the halfway stage he would dismount and have a picnic, even in the foulest weather. Once he stopped in the middle of a blizzard, telling his servants that they were in fact at an ocean resort beneath the shining sun. Other times he dressed as French King Louis XIV, wore the state crown, and carried a scepter. The party then continued until reaching whatever goal existed in his imagination.