How Long Did the Great Depression Last? 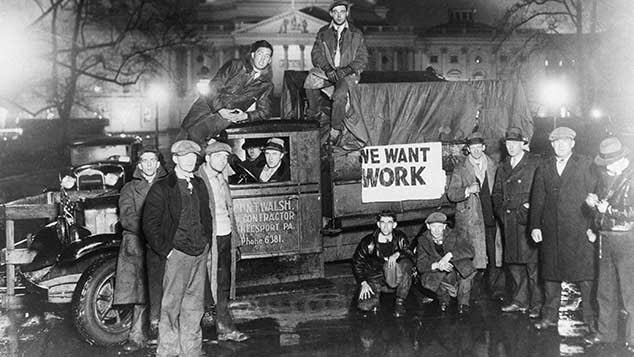 How Long Did the Great Depression last?

Most people believe that Hoover stood by and did nothing as the Depression ravaged the country and that it was Franklin Roosevelt’s vigorous intervention into the economy that finally brought recovery. Nothing could be further from the truth.

First, it’s not true that Hoover sat idly by during the Depression. He did plenty—more than any peacetime president had ever done. Rexford Tugwell, an important figure in FDR’s New Deal programs, later acknowledged, “We didn’t admit it at the time, but practically the whole New Deal was extrapolated from programs that Hoover started.” In fact, Hoover’s incessant meddling with the economy made the situation worse. He managed to turn the recession in 1929 into the Great Depression. While the economic picture was poor in 1929 and 1930, it was only in 1931, after a year of government intervention, that the situation seriously deteriorated.

In the month following the stock market crash, Hoover summoned key business leaders to the White House. He implored them to refrain from cutting wages, arguing that high wages were a way out of the Depression since they gave workers the means to purchase goods.

To be sure, Hoover’s philosophy is superficially plausible, and virtually every American history textbook dutifully adopts it; the economic downturn, the argument goes, was caused by “underconsumption.” But this view is fallacious. For one thing, if the cause of the Depression had been a reduction in consumer spending, we would expect the hardest-hit segments of the economy to be those industries that make pots and pans, toothbrushes, or apple pies. But as historian Gary Dean Best points out, it was industries that produced durable and capital goods that suffered the most. “Increased consumer spending,” Best explains, “would largely assist the consumer goods industries, where the volume of business showed the least decline from predepression levels; it did little or nothing for the heavy industries that had been most affected by the depression and where the bulk of unemployment was concentrated.”

Hoover’s theory neglected an important consideration—wages are a cost of doing business. By demanding high wages, particularly at a time when prices were rapidly declining, he was making it more difficult for businesses to hire people. Big business, however, honored the president’s request. The result was sadly predictable: mass unemployment.

American prosperity rather than a reflection of that prosperity. If high wages could produce prosperity on their own, we could eliminate world poverty simply by enforcing a minimum wage of $100 an hour. Only a lunatic would support such a policy, since the result would be unheard of levels of unemployment and utter devastation to the economy.