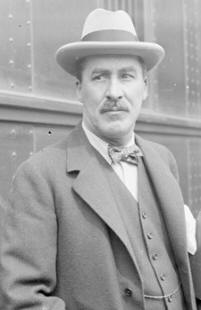 Howard Carter was born on 9th May 1874. His father was an artist and of modest means so Howard only received a modest education. Like his father he enjoyed and had some talent for drawing. He was also interested in ancient Egypt.

In 1891 at the age of 17 he was hired by the Egypt Exploration Fund to go to Egypt and help with recording details of two tombs. A year later he was asked to help with some excavation work. This was followed by further detail recording work.

In 1907 he was introduced to Lord Carnarvon who agreed to finance his search for the tomb of Tutankhamen. Carter’s search lasted for fifteen years and Carnarvon was about to withdraw funding for the venture when Carter found steps leading to the tomb.

On 26th November 1922 Carter and Lord Carnarvon opened the door to the tomb and were able to see that it contained many gold treasures. They could also see a sealed door at the back of the chamber.

On 16th February 1923 the sealed door was opened revealing the burial chamber of the boy king.

On 3rd January 1924 the sarcophagus was discovered. The golden death mask covering the head and shoulders of mummy has become World famous.

Following the discovery Carter travelled to America giving lectures about his find in a number of cities.