In 1200 AD, This Indian City on the Mississippi Was Larger Than London And On the Verge Of Starting an Advanced Civilization

History » Podcast Episodes » In 1200 AD, This Indian City on the Mississippi Was Larger Than London And On the Verge Of Starting an Advanced Civilization 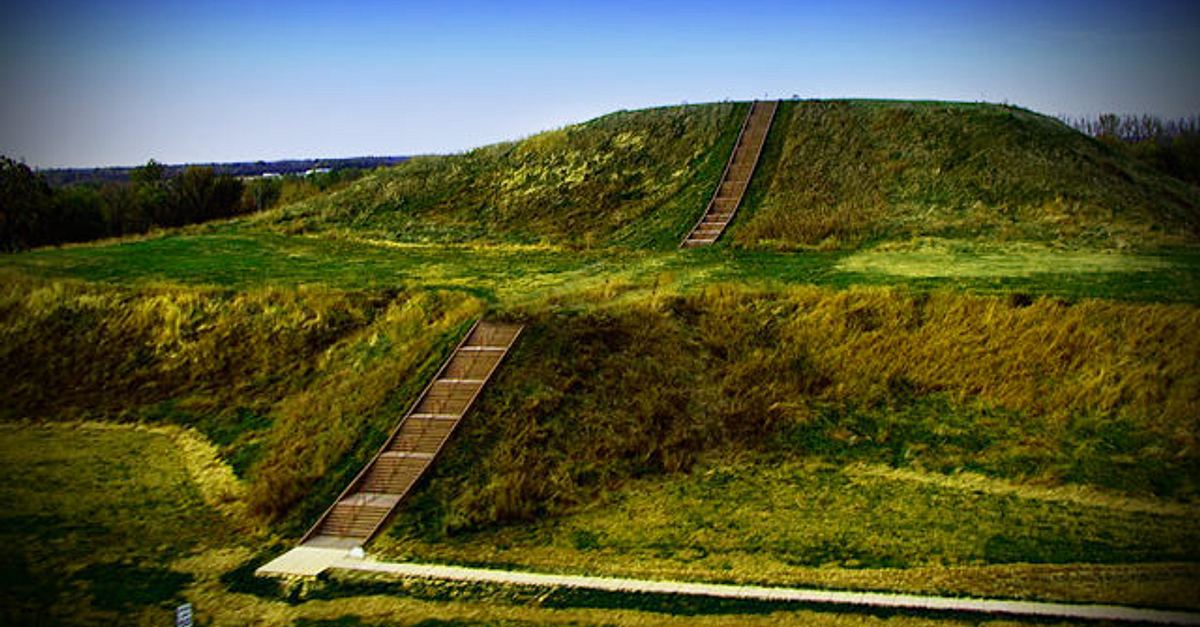 Many great Mesoamerican civilizations existed before and long after the arrival of Christopher Columbus: The Incans, Mayas, and Aztecs. But there was one civilization in North America you likely never have heard of that could have been more advanced as any of them, a reached a level of China or Mesopotamian civilization.

The Mississippian Culture of North America built a number of settlements in the centuries before Columbus arrived in the new world. The largest settlement, Cahokia, may have had up to 50,000 residents in 1200 A.D. This made it larger than contemporary London and Paris. The entire city was planned and built on a grid that matched with celestial events. In the center of the city was a mound made up of 22 million cubic feet of earth, making it nearly as impressive as the Great Pyramid of Giza.

Native cultures north of Mesoamerica (in the modern-day US) on the cusp of becoming an advanced civilization? Many of the ingredients were there, and perhaps a little more mixing would have done it.

"In 1200 AD, This Indian City on the Mississippi Was Larger Than London And On the Verge Of Starting an Advanced Civilization" History on the Net
© 2000-2020, Salem Media.
August 11, 2020 <https://www.historyonthenet.com/in-1200-ad-this-indian-city-on-the-mississippi-was-larger-than-london-and-on-the-verge-of-starting-an-advanced-civilization>
More Citation Information.
Loading...