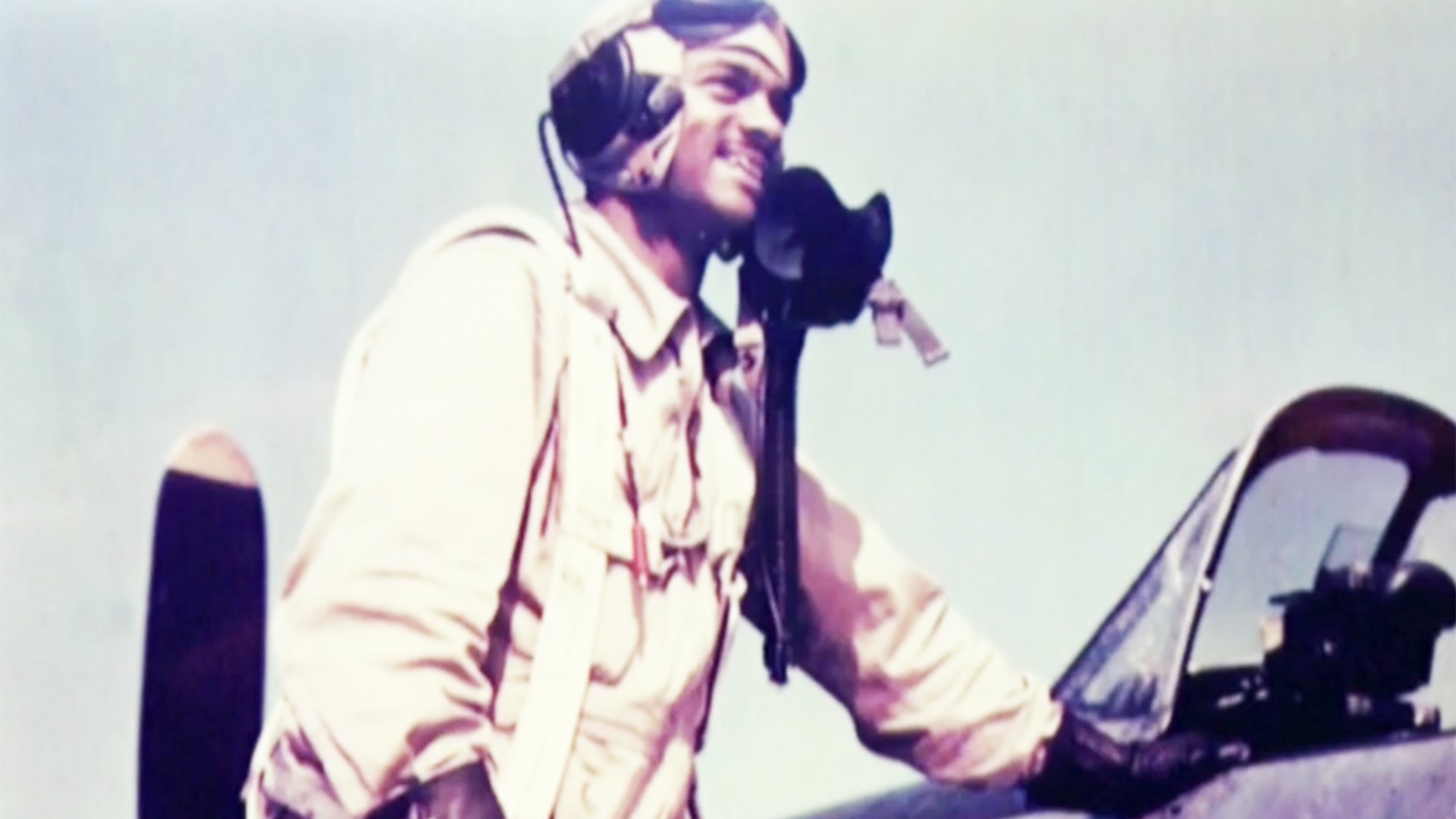 “Colored people aren’t accepted as airline pilots.” The “negro type has not the proper reflexes to make a first-class fighter pilot.” These were the degrading sentiments that faced eighteen-year-old Lt. Col. Harry Stewart Jr. as he journeyed in a segregated rail car to Army basic training in Mississippi in 1943. But two years later, the twenty-year-old African American from New York proved doubters wrong when he was at the controls of a P-51, prowling for Luftwaffe aircraft at five thousand feet over the Austrian countryside.

Lt. Col. Harry Stewart Jr. is one of the last surviving Tuskegee Airmen of World War II. In this episode I talk with him about his early life, training, and combat missions, including the mission in which he downed three enemy fighters.

He also discusses the injustices he and his fellow Tuskegee Airmen faced during their wartime service and upon their return home. Unlike white pilots, Stewart and other Tuskegee flyers faced the extra danger that if they were shot down over enemy territory they could not hide in plain sight with the population or expect to live. Tragically, one of Stewart’s friends was shot down, captured, and lynched by a racist mob. Stewart and his fighter group defied racially-prejudice expectations and won the first postwar Air Force-wide gunnery competition for propeller-driven fighters. Stewart obtained honorary captain status from American and Delta Airlines after being denied piloting jobs with those airlines’ legacy carriers (TWA and Pan Am) 50 years ago because of his ethnicity.