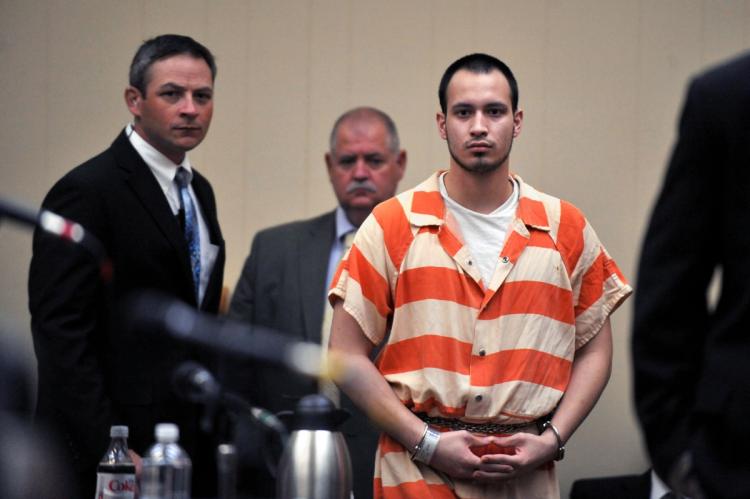 The following article on Isaac Aguigui is an excerpt from Mel Ayton’s Hunting the President: Threats, Plots, and Assassination Attempts—From FDR to Obama. It is available for order now from Amazon and Barnes & Noble.

In 2012, Barack Obama was targeted by a domestic terror group of soldiers called F.E.A.R. (“Forever Enduring Always Read”), led by army private Isaac Aguigui, who described himself as “the nicest cold-blooded murderer you will ever meet.” He funded the militia using $500,000 in insurance and benefit payments from the death of his pregnant wife in 2011. (Aguigui was not charged in his wife’s death, but prosecutors claimed it was “highly suspicious.”)

In 2012, the soldiers bought $87,000 worth of guns and bombmaking materials and plotted to take over Fort Stewart, in Georgia, bomb targets in Savannah and Washington State, as well as assassinate President Obama and overthrow the federal government.

The conspiracy was exposed when the four men were charged with the murder of Michael Roark, who had been in on the plot but then fell out with the others, and his teenage girlfriend. At the time of this writing, the state and federal authorities were cooperating on whether to try the four soldiers on state or federal charges, or both.

In 2014 Isaac Aguigui was accused of strangling his pregnant wife in order to pocket the life insurance benefit money. He was convicted by a military judge in a case that relied on dueling medical experts that could not agree on how the woman died. He was on trial for four days and convicted of murder and causing the death of his unborn child after his wife as found dead at their apartment in 2011. He received an automatic life sentence.

This article on Isaac Aguigui is from Mel Ayton’s Hunting the President: Threats, Plots, and Assassination Attempts—From FDR to Obama. Please use this data for any reference citations. To order this book, please visit its online sales page at Amazon or Barnes & Noble.