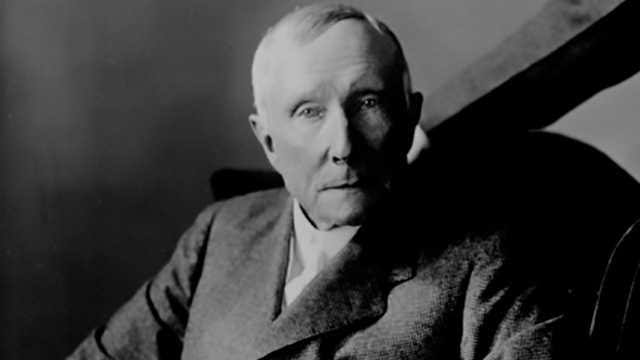 Rockefeller was committed to streamlining production and eliminating waste. This paid off for him and for consumers: He managed to reduce the price of kerosene, which was a dollar per gallon when he began selling it, to a mere ten cents by the 1880s. Troubled by the disposal of the waste product that remained after the oil was refined, he eventually produced 300 products out of the waste. Thanks to Rockefeller’s efficiency and low prices, millions of Americans who had previously gone to bed early to save money could now afford to illuminate their homes.

Prices declined throughout the period of Standard Oil’s dominance. When the Russians struck some of the world’s most oil-rich lands in 1882, they were poised to eclipse American oil production. In order to compete, Rockefeller would have to cut costs further. He did.

But despite Rockefeller’s enormous service to American consumers and businesses (which could now produce their own products more cheaply), the federal government moved to dissolve Standard Oil during Theodore Roosevelt’s presidency. But by the time the federal government dissolved Standard Oil in 1911, the company’s market share had already been reduced to 25 percent as a result of normal market competition. Even the New Left historian Gabriel Kolko notes that from 1899, Standard Oil had “entered a progressive decline in its control over the oil industry, a decline accelerated, but certainly not initiated, by the dissolution.” Standard’s decline, Kolko explains, was “primarily of its own doing—the responsibility of its conservative management and lack of initiative.” Thus even a Standard Oil must remain innovative and dynamic or lose market share.