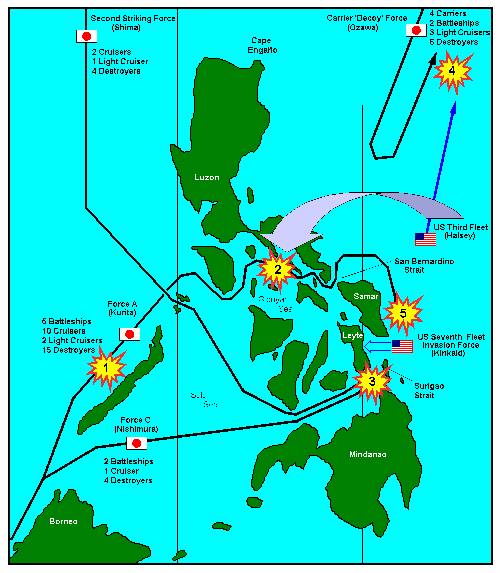 After their overwhelming victories at the Philippine Sea and the Mariana Islands, American military leaders faced several options for their next target.  Due in large part to lobbying by General MacArthur, they chose the Philippines.  Japan’s leadership knew that losing the Philippines would mean the severing of the supply line from the Dutch East Indies to the home islands, so they were determined to stop the American invasion.  Join James and Scott as they discuss the Japanese navy’s attempt to destroy the American invasion fleet in a “decisive battle.”