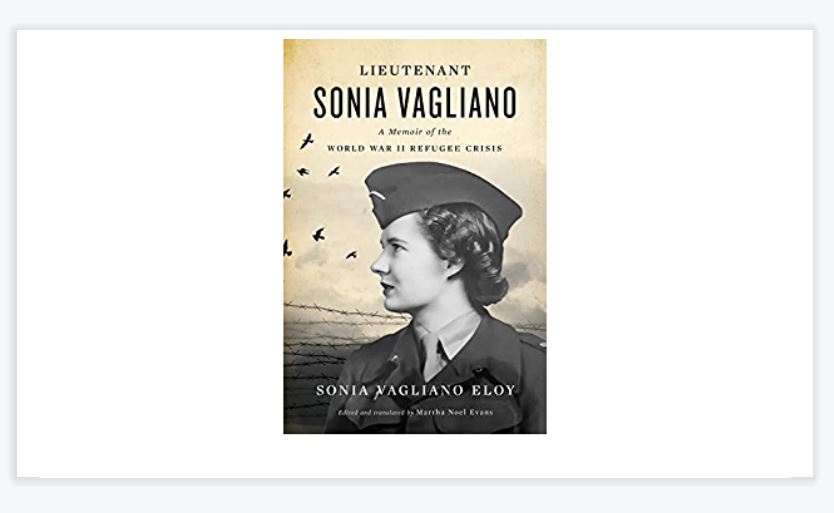 Following the German occupation of France in 1940, French women moved deftly into the jobs and roles left by their male compatriots—even the role of soldier. One of the more notable such female soldiers was Lt. Sonia Vagliano, who was part of a team of young French women attached to a US First Army unit that arrived in Normandy two weeks after D-Day. From 1943 to 1945, Vagliano followed her unit from Normandy to Paris, through Belgium, and finally into Germany, where they cared for 41,000 total displaced persons and prisoners of war.
She published a memoir of her experiences under the title Les Demoiselles de Gaulle. Vagliano not only described her experiences in rich detail—from caring for thousands of refugees in the worst possible conditions to defusing landmines and being kidnapped, shot at, torpedoed, and bombed—she also recounted the major events of the war in Europe, including the liberation of Paris, the Battle of the Bulge, and finally, the liberation of the concentration camps. Spending five weeks at Buchenwald repatriating the 21,000 remaining prisoners, she is a unique witness to the transition period between the camp’s liberation and its transferal to Russian oversight in July 1945. She saw firsthand “to what extremes the human imagination can go in its search for the most cruel methods of torture.”
Today’s guest, Martha Noel Evans, is translator of Vagliano’s memoir into English under the title Lieutenant Sonia Vagliano: A Memoir of the World War II Refugee Crisis. We discuss both the dare devil escapades and the sobering reality of a wartime account