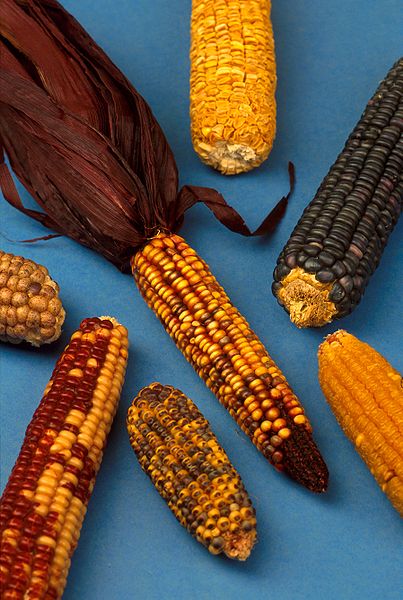 Ancient Maya people were clever and hardworking farmers who used a variety of techniques to raise enough food to feed the large populations in Maya cities. Their sophistication can be compared to other ancient empires such as the Egyptians. Corn, or maize, was the main staple crop. Maize was grown together with beans and squash as each of the three provide support to the others. Recently, archeologists also discovered that the Maya grew manioc or cassava, a root that provides a significant amount of carbohydrate in the diet. This discovery solves a longstanding mystery of how the Maya could produce enough nutritious food to feed everyone, considering the land they inhabited and worked with no metal tools or draft animals. In order to deal with rainforest, swampy areas and mountainous hillsides, the Maya had to engineer a variety of Mayan farming methods.

Archeologists thought for decades that Maya people used slash and burn agriculture, a farming method where trees and other plants are first cut down, then the entire area to be planted is burned. The Maya would then plant in the rich ash that resulted. However, after two or three years, the soil and ash was depleted and must be allowed to lie fallow for five to 15 years. The Maya would then move on to a new area and repeat the process. Some archeologists realized that the slash and burn technique alone could not have fed the large populations of the Classic era. These experts began to look for other methods the Maya might have used as well as shifting, swidden agriculture.

Aerial photography provides evidence of raised beds alongside canals. Like the Aztecs, the Maya also farmed field raised up from the bajos, or low, swampy areas. They created these fertile farm areas by digging up the mud from the bottom and placing it on mats made of woven reeds two feet above the water level. In the canals between the beds were fish, turtles and other aquatic life. Water lilies grew in the water and prevented the water from drying up. Raised bed farming was quite labor-intensive but very productive. Each field provided two or three crops a year.

In mountainous areas, the Maya made terraces on the steep hillsides. Small fields are cut into a hillside and held with a retaining wall. These create a series of steps that reduce water runoff and erosion and can be planted with maize or other crops. These terraces make the most productive use of mountainous or hilly land. Here too, the Maya used canals to irrigate the crops.

Besides the three agricultural methods outlined above, the Maya also used forest gardening, planting trees that provided economic benefit for them as food or firewood. Cacao and gum trees were encouraged to grow, for example. The Maya also harvested from the wild, finding tubers, roots and berries they could eat.