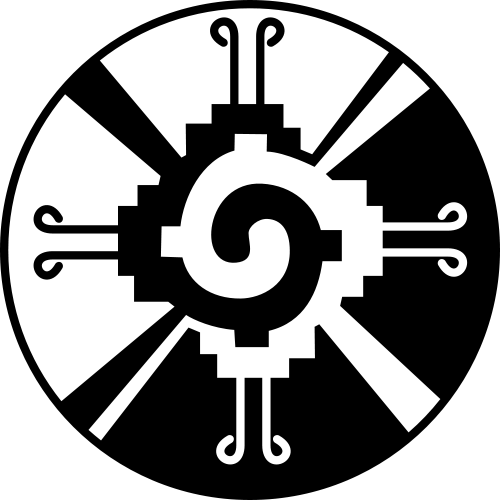 Mayan symbols are a rich source of material culture for the Central American civilization and are among the most important archeological finds that have helped piece together their economics, farming methods, politics, and social practices.

Symbols carry the heart of every culture, and every culture’s symbols represent its inner reality to the people of that culture. Symbols can be anything, a gesture, a song, a phrase or an image. They often carry many layers of meaning that everyone in the culture understands intuitively.

Hundreds of Mayan symbols can be found carved on stone, which allow archeologists and other researchers to gain an understanding of their culture. In fact, Mayan writing consists of symbols called glyphs. Of the hundreds of Mayan symbols, some appear more often on the carved stelae and temple walls in Mayan cities, revealing their importance to the culture. Glyphs of animals were powerful symbols to the Mayans, especially the jaguar and the eagle. The following short list describes a few important Mayan symbols.

The Mayan feathered serpent deity Kukulkan was known to other Mesoamerican cultures like the Aztecs and Olmecs who worshipped the god under different names. The myth surrounding this deity mention the god as a creator of the cosmos in the Popul Vuh, the Kiche Maya sacred book. The serpent god is also called the Vision Serpent. Feathers represent the god’s ability to soar in the heavens while as a serpent the god can also travel the earth. Kukulkan cult temples during the Post-Classical era can be found in Chichen Itza, Uxmal and Mayapan. The serpent cult emphasized peaceful trade and good communication among the cultures. Since a snake can shed its skin, it symbolizes renewal and rebirth.

The jaguar, to the Mayans, was a powerful symbol of ferocity, strength and valor. Since the big cats can see well at night, it symbolizes perception and foresight. As a god of the Mayan underworld, the jaguar ruled the celestial forces of night and day. As such, it represents control, confidence and leadership. Mayan warriors wore jaguar skins into battle as a sign of honor and courage. The Mayans held the jaguar second only to Kukulkan in religious importance.

In the Yucatec Mayan language, Hunab Ku means one god or the only god. The term appears in the 16th century texts such as the Book of Chilam Balam, written after the Spanish had conquered the Mayans. Hunab Ku is associated with Itzama, the Mayan creator god. Mayan scholars believe the concept of a supreme god over all the others was a belief that Spanish friars used to convert the polytheistic Mayans to Christianity. Hunab Ku was popularized by a modern Maya day-keeper, Hunbatz Men, who considered it powerful symbol associated with the number zero and the Milky Way. He calls it the sole giver of movement and measurement. Scholars of the Maya say there is no pre-colonial representation of Hunab Ku, but New Age Mayans have adopted the symbol to represent universal consciousness. As such it is a popular design used for modern Mayan tattoos.

This article is part of our larger resource on Mayan culture, society, economics, and warfare. Click here for our comprehensive article on ancient Mesopotamia.