Mongolian Gers: Perfect Dwellings for People on the Move

History » The Mongols » Mongolian Gers: Perfect Dwellings for People on the Move 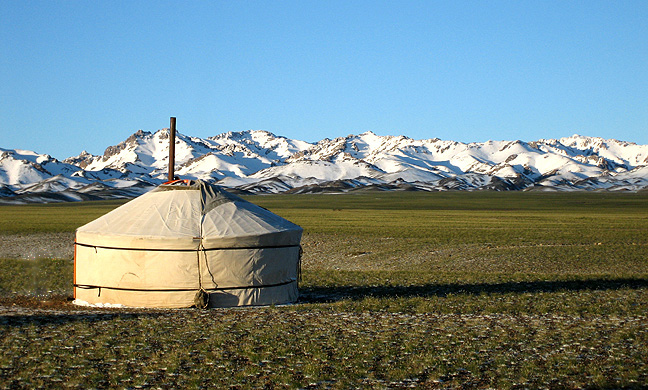 The Mongolian ger or yurt is the perfect dwelling for pastoral nomads; accordingly, they have been used for thousands of years in that part of the world. Gers are movable, can be packed up and put on a camel or oxen’s back or on a cart. Gers are lightweight but sturdy. Since they are round, they can withstand the winds that constantly blow on the steppes. The walls are made of latticed, crisscrossed flexible wood, and are about 6 feet tall. The roof is conical, with about 80 poles running from the walls to the crown, a circular ring to which all the roof poles are attached. The walls and roof are covered with thick, warm felt or unwoven wool. A wooden door or felt flap provides the entrance to the ger.

A ger can house from 5 to 15 people, depending on its size. Extra wall sections called khanas can be added to enlarge the ger as the family grows. Inside the ger, the right side is for the men, the left for the women, with a fireplace or stove in the center. Smoke can exit through the crown of the roof or the crown can be closed with a felt flap during bad weather. 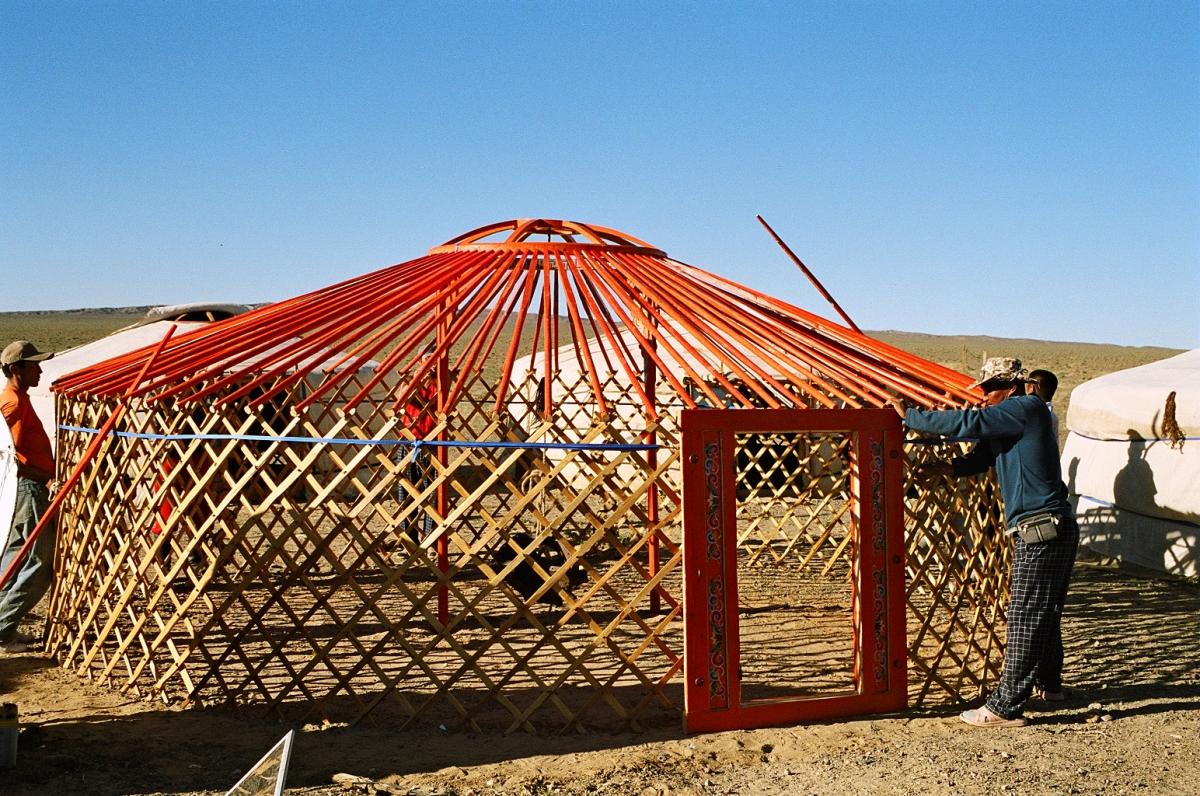 At night, a family would retire to the ger to cook and eat the evening meal. Mattresses would be unrolled and placed around the fire for sleeping. While there might be benches and chairs round the walls of the ger, usually there were no beds. People slept on the mattresses that were rolled up and stored the next day.

Mongolian nomads went everywhere with their gers and their herds, and they moved three or four times a year. They would move from southern pastures in the winter to mountain valleys in the summer; occasionally they would move to fresh pastures so the herds could eat. Felt walls and roof insulated the gers so they were relatively warm in the winter and cool in the summer. 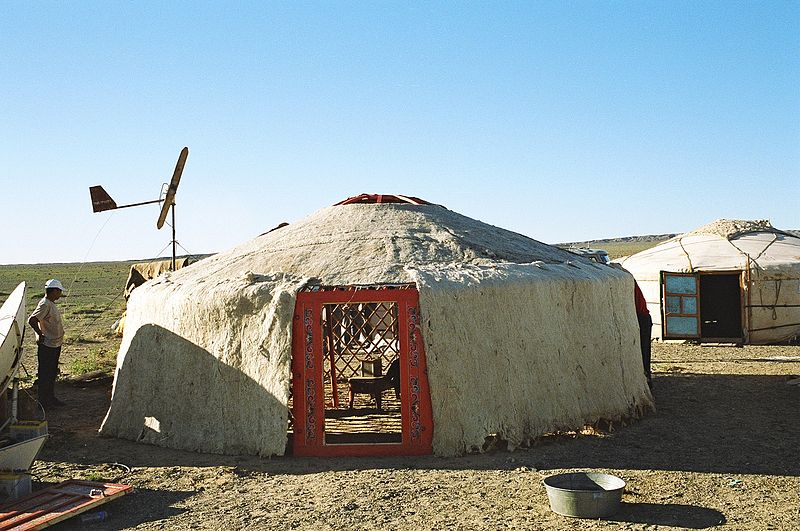 Gers could be beautifully decorated on the inside with brightly-colored woven mats. Hanging from pegs on the walls were all kind of storage bags made of leather, cooking implements, fur hats and coats and other items of daily use. On the men’s side of the ger would be the saddles and tack and other tools used by the men. On the women’s side would be the kitchen area where women prepared food.

Gers could be taken down or put up in an hour with another hour spent packing them on the backs of camels or oxen. Alternatively, an entire ger could be put on a cart and drawn by oxen. Genghis Khan’s ger was moved this way. Gers traveled with the Mongols everywhere except when men left for war. A warrior band might take a few gers with them, but most would sleep outside during times of war.