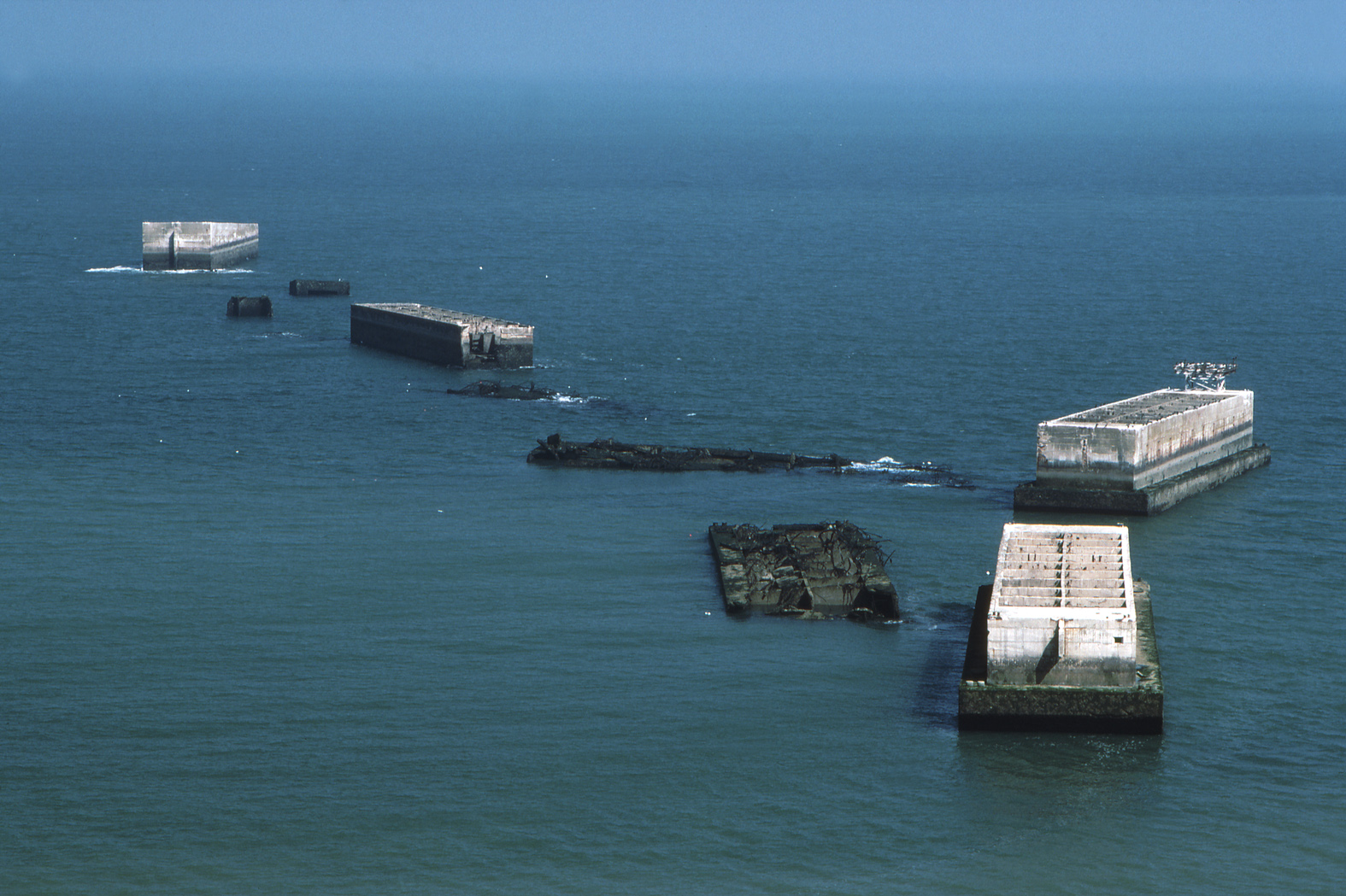 The following article on the Mulberry Harbour is an excerpt from Barrett Tillman’ D-Day Encyclopedia. It is available for order now from Amazon and Barnes & Noble.

The urgent need for supplies and reinforcements after the initial landings forced the Allies to take innovative measures. Knowing that major ports such as Cherbourg would not be immediately available, initial planning called for sinking long lines of old ships to form a breakwater offshore. The idea, called ‘‘Gooseberry,’’ soon gave way to a more ambitious concept: it was decided to bring mobile ports to the invasion beaches. The project began twelve months before D-Day, in June 1943.

Code-named ‘‘Mulberries,’’ also known as a Mulberry Harbour, the harbors were prefabricated structures composed of six-hundred-ton concrete caissons plus other components produced by the Royal Engineers in Britain. Two Mulberries were constructed, using a combination of the concrete segments and aged ships that were sunk to form a Gooseberry breakwater at the desired beach. Within each artificial harbor, pontoons and piers were laid down to support narrow roadways sufficiently wide for most military vehicles. When completed the Mulberries extended thirty feet above low tide and ten feet above high tide.

The innovative plan worked extremely well. Beginning on D+2, engineers commenced construction of the harbors that, when completed, measured two miles long by one wide. The caissons supporting pontoon bridges and pier heads were two hundred feet long, sixty feet high, and sixty feet wide. Seven ships could unload simultaneously, and beginning 19 June it was estimated that half a million troops and eighty thousand vehicles were landed via the man-made harbors.

However, heavy storms with thirty-two-knot winds between 19 and 22 June destroyed the Omaha Beach Mulberry and heavily damaged the one at Gold Beach. However, parts from ‘‘Mulberry A’’ in the American sector were used to repair ‘‘Mulberry B,’’ parts of which are still visible at Arromanches.

This article on the Mulberry Harbour is from the book D-Day Encyclopedia, © 2014 by Barrett Tillman. Please use this data for any reference citations. To order this book, please visit its online sales page at Amazon or Barnes & Noble.