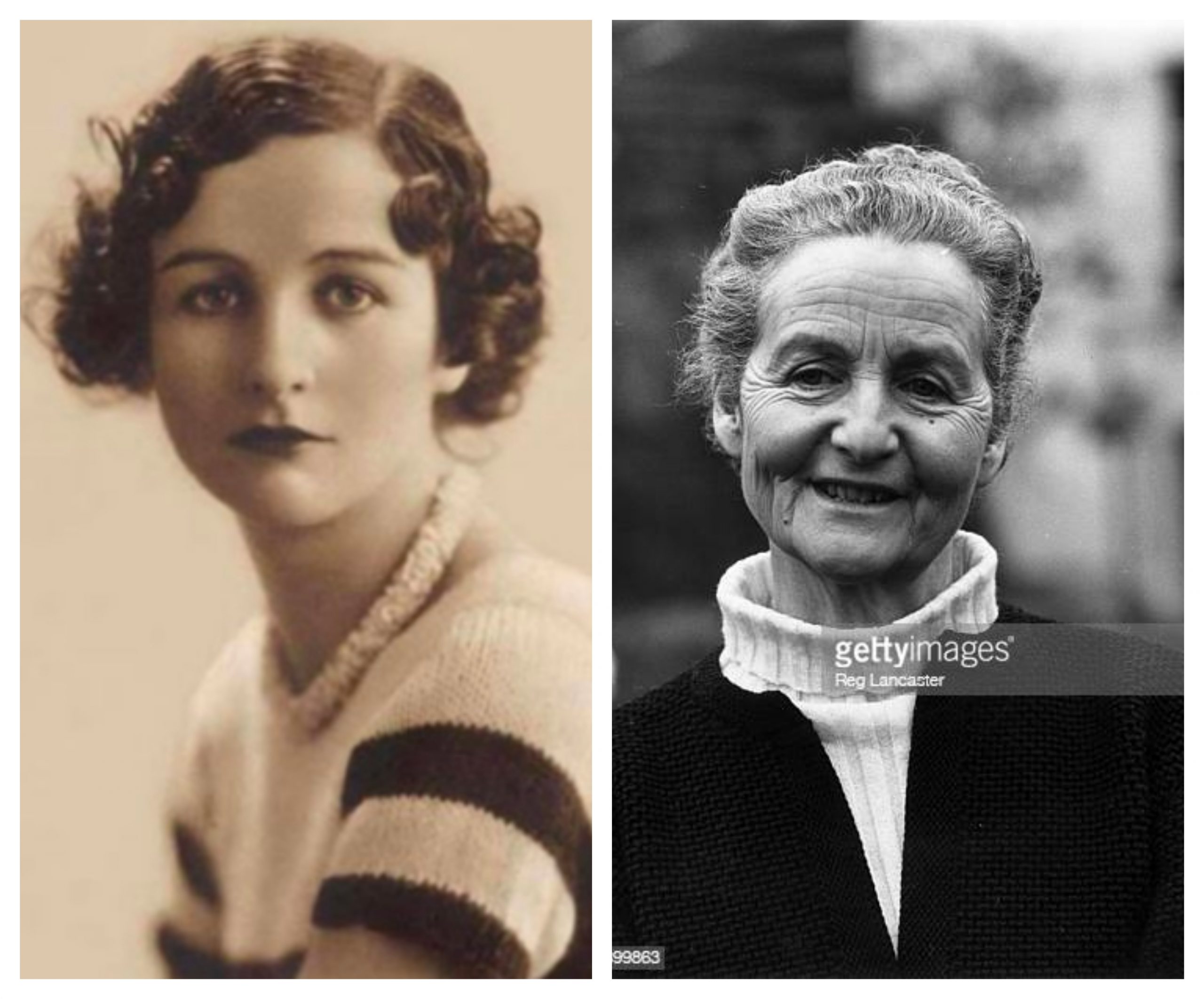 Nancy Mitford’s life was a soap opera, a comedy of manners, and a romantic tragedy. She and her five sisters were the scandalous “it” girls of London society in the turbulent 1920s and ’30s, The Mad, Mad Mitfords” as a 1938 newspaper headline called them, famous for being infamous.

The first-born of the six, Nancy Mitford came into the world on 28 November 1904 in London. Their emotional austere father, Lord Redesdale, a magazine editor, moved his growing family to the Oxfordshire countryside following The Great War. Educated at home in the splendid isolation of the English countryside, the six, high-spirited sisters had only themselves for friends. And despite Nancy’s merciless teasing, they would remain friends long into their adult lives, albeit with a few well-publicized spats. A sharp-eyed, sharp-tongued observer of human nature, Nancy would spin their upper-crust childhood, subsequent emergence on the elite London social scene and scandalous affairs into a series of only loosely-disguised autobiographical novels centered around the fictional  Radlett family. She had no shortage of material.

Sister Diana ditched her husband to run off with Britain’s fascist party leader and spent time in prison with him during World War Two. Going her sister one better, Unity moved to Munich and began a fanatical friendship with Adolf Hitler. When Britain declared war on Germany, she attempted suicide by shooting herself in the head. She survived but was left brain-damaged. Hitler himself rushed to her bedside. Where those two sisters went right, Jessica went left, fighting for the communists in the Spanish Civil War – prompting her outraged father to disinherit her. There she met and married a Spaniard and moved with him to the United States. He was killed in WW2 but Jessica went on to make a name for herself as an investigative journalist.

But Nancy, who once described herself as “vaguely socialist”, had little interest in politics when she started writing for magazines in 1929. Her expertise would be the eccentricities of English upper-class society. Her first novel, Highland Fling was published two years later to modest acclaim but it was her fifth, The Pursuit of Love that rocketed her to the top of Best-Seller lists around the world. Published in December 1945, it sold 200,000 copies in its first year and was followed by Love in a Cold Climate, an even greater success. 11 years later, in 1960, Don’t Tell Alfred closed out the trilogy that had made Mitford a wealthy woman.

“In eight novels and four biographies…Nancy is honest, sly, witty, sometimes cruel,” says her biographer Laura Thompson. “A loyal friend who tempers unpleasant truths with English pragmatism and an appreciation for life’s absurdities… Nancy’s most fervently expressed belief [was] that nothing in the world matters more than jokes. For her, laughter came to have an intrinsic worth. ‘If one can’t be happy one must be amused don’t you agree?’ Nancy wrote to a friend. It could stand as the motto for her life.”

Success in her writing life masked abject failure in her love life. She invested five years in an engagement to an openly gay man, Hamish Erskine, then tied the knot with Peter Rodd, “the most boring man in England” who had nevertheless earned a reputation as a womanizer. When he left her to enlist, Mitford coped with her despair by volunteering for the war effort, serving as an ambulance driver, canteen assistant, and first aid worker.

It was during the war that she would meet Gaston Palewski a French colonel attached to General Charles DeGaulle’s London staff. Palewski instantly became the love of her life although she was never his. Despite years of discreet trysts and countless love letters, on the very day Mitford learned she had terminal cancer, Palewski informed her he was leaving her the marry a younger woman.

Nancy had moved to Paris to be near Palewski in 1946 and became enraptured by all things French, never returning to England. The Sun King, her biography of Louis XIV was also a worldwide bestseller. From France, she wrote a regular column for the Sunday Times, a task her friend, writer Evelyn Waugh, said was her true calling. A 1954 article skewering the English aristocracy sparked a hullabaloo over upper-class and non-upper-class (U and non-U) speech that saw her branded as a snob, a charge she would later admit had some truth to it.

After moving to a house in Versailles in 1969, a lovelorn Nancy Mitford was stricken with a rare form of Hodgkin’s disease that attacked her spine, killing her on June 30th, 1969 after four years of suffering horrific pain. She was 68 years old.