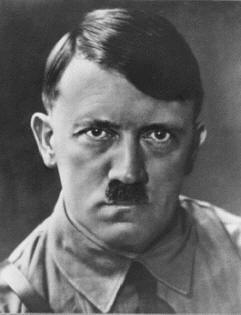 Adolf Hitler was born in the Austrian town of  Braunau-am-Inn on 20th April 1889. The town was close to the Austro-German border and his father, Alois, worked as a border control clerk. His mother, Klara, was a housekeeper.

As a child he got on very well with his mother but he didn’t get on well with his father, a strict authoritative disciplinarian. He attended school from the age of six years but did not do well in academic subjects. His school record showed reasonable grades for PE and some artistic talent. 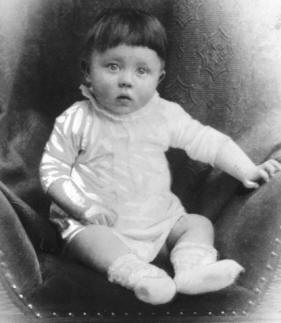 Adolf Hitler left school at the age of sixteen and went to Vienna where he hoped to enter the Academy and become a painter. His application to enter the academy was rejected when he was 17 years old and a year later his mother died from cancer. His father had died four years earlier and with no relatives willing to support him Adolf Hitler found himself living rough on the streets of Vienna. He became interested in politics and was heavily influenced by the climate of anti-Semitism that existed in Austria at that time.

In 1914, Hitler crossed the border to Germany and joined the 16th Bavarian Reserve Infantry Regiment. He fought on the Western Front and was awarded the Iron Cross for his bravery in battle. In 1918 he was temporarily blinded from a gas attack and was invalided out of the war. Hitler was dismayed when Germany lost the war and hated the Versailles Treaty and the Weimar government for signing the treaty. He dreamed of a return to the days of the Kaiser.

After the war he stayed in the army, but in intelligence. His activities led him to the German Worker’s Party led by Anton Drexler. He liked the ideas of the party and joined in 1919. Drexler realised that Hitler was something special and put him in charge of the political ideas and propaganda of the party.

In 1920, the party announced its 25-point programme and was renamed the National Socialist German Worker’s Party – NAZIs.

In 1921, Hitler became leader of the party and soon began attracting attention, especially for his powerful speeches. Hitler stirred up Nationalist passion giving the people something to blame for Germany’s problems. Hitler’s opponents tried to disrupt the meetings so for protection Hitler set up the SA – Stormtroopers. Although the actual membership of the NAZI party remained quite low in this period, Hitler, through his meetings and speeches had given them a very high profile.

In March 1924 Hitler was imprisoned for his part in the Munich Putsch, which failed to overthrow the Bavarian government. While in prison he wrote his book Mein Kampf which set out his thoughts and philosophies. The book was published a year after Hitler’s release from prison.

The Great Depression, which saw a downturn in people’s lives, helped to gain support for the Nazi party and by 1932 the Nazi party was the largest party in the Reichstag but did not have a majority. On January 30th 1933 Adolf Hitler was appointed Chancellor of Germany. A month later on February 27th, the Reichstag building was set alight. The fire was blamed on the Communists and the Communist party was banned in Germany. This gave the Nazis a clear majority in the government.

On 23rd March 1933 the Enabling Act gave Hitler power to make laws without consulting the Reichstag for a period of four years. Over the next four months Hitler took steps towards dictatorship – trade unions and all other political parties were banned, the Nazis took control of all local government and Germany withdrew from the League of Nations. When President Hindenburg died in August 1934 Hitler combined the position of Chancellor and President and made himself Fuhrer of Germany.

As Fuhrer, Hitler began building his Third Reich. Ignoring the terms of the Treaty of Versailles he began building up the army and weapons. The Nuremburg Laws passed in 1935 defined Hitler’s ideal pure Aryan German citizen and barred Jews from holding any form of Public office. In March 1936 Hitler began reclaiming land taken from Germany by the Treaty of Versailles by re-occupying the Rhineland. The move was unopposed by Britain and France. Anschluss with Austria in Spring 1938 was followed in the Autumn by the reclaiming of the Sudetenland area of Czechoslovakia. 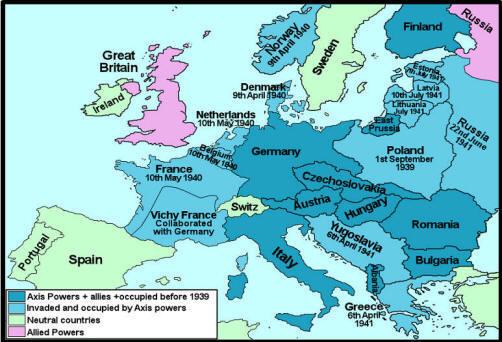 Although he had agreed by the terms of the Munich Agreement not to make further territorial claims, in March 1939 Hitler invaded and occupied Czechoslovakia. His subsequent invasion and occupation of Poland on 1st September 1939 led to the outbreak of World War Two. Despite the outbreak of war, Hitler continued his policy of aggression and by May 1940 Britain was the only western European country that had not been invaded and occupied by the Nazis. The loss of the Battle of Britain led Hitler to abandon plans to invade Britain in favour of an invasion of Russia.

Jews, homosexuals, gypsies, communists and other ‘undesirables’ from Germany and Nazi-controlled countries were forced to wear identification badges. Jews were sent to concentration camps where the fit and healthy were put to forced labour while the young, old and sick were exterminated in gas chambers. In January 1942 plans to exterminate the entire Jewish population known as ‘The Final Solution’ were approved.

Defeat at the second battle of El Alamein in November 1942 was followed by defeat at Stalingrad. Hitler’s refusal to allow soldiers to retreat and blind perusal of his goals led some Nazi members to question his leadership. In July 1944 an attempt was made to assassinate Hitler. The attempt failed and the perpetrators were executed.

Throughout late 1944 and early 1945 the Germans were pushed back towards Berlin by the Allies in the west and the Russians in the East. On April 29th 1945 Adolf Hitler married his long-term mistress Eva Braun and a day later the pair committed suicide.