Nazis Nearly Assassinated Stalin, Churchill, and FDR in 1943. What If They Had Succeeded?

History » Podcast Episodes » Nazis Nearly Assassinated Stalin, Churchill, and FDR in 1943. What If They Had Succeeded? 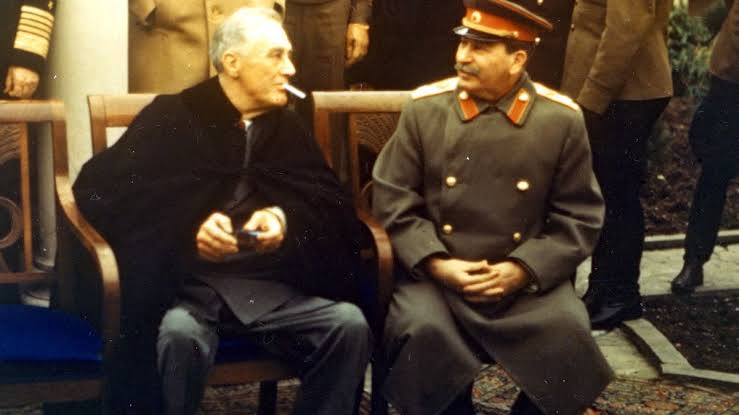 In the middle of World War II, Nazi military intelligence discovered a seemingly easy way to win the war for Adolf Hitler. The three heads of the Allied forces—Franklin Roosevelt, Winston Churchill, and Josef Stalin—were planning to meet in Iran in October 1943. Under Hitler’s personal direction, the Nazis launched “Operation Long Jump,” an intricate plan to track the Allied leaders in Tehran and assassinate all three men at the same time. “I suppose it would make a pretty good haul if they could get all three of us,” Roosevelt later said. The plan failed, but what if it had succeeded?

Perhaps some good could have come out of it, namely a less brutal Soviet premier who killed millions. But many frightening scenarios also emerge, such as an American-Soviet pact against Europe, or a Cold War that goes hot in the 1950s. In the infinite alternate timelines that include a successful assassination of theBig Three, most of them are bad.

"Nazis Nearly Assassinated Stalin, Churchill, and FDR in 1943. What If They Had Succeeded?" History on the Net
© 2000-2021, Salem Media.
August 5, 2021 <https://www.historyonthenet.com/nazis-nearly-assassinated-stalin-churchill-fdr-1943-succeeded>
More Citation Information.
Loading...
Loading...