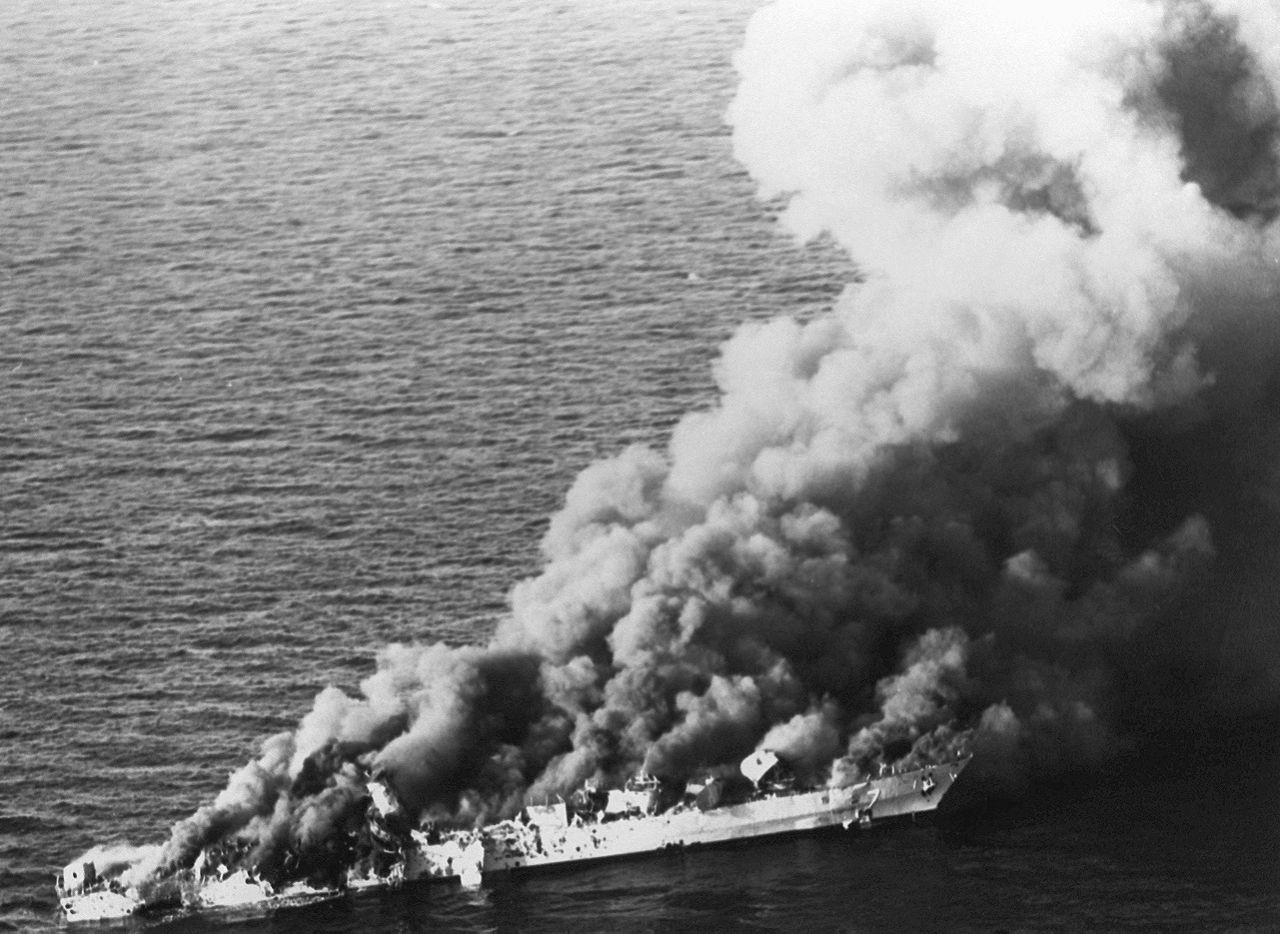 The following article on Operation Praying Mantis is an excerpt from Barrett Tillman’s book On Wave and Wing: The 100 Year Quest to Perfect the Aircraft Carrier. It is available to order now at Amazon and Barnes & Noble.

Western and allied navies participated in the Persian Gulf “tanker war” during the mid to late 1980s, protecting oil tankers from attack by Iranian small craft. In April 1988 the frigate Samuel B. Roberts (named for one of the destroyers lost at Leyte Gulf) hit a mine, sustaining heavy damage but no casualties. Physical evidence proved what was already apparent—the mine came from Iran.

In response, Enterprise and her escorts with a surface action group launched Operation Praying Mantis, attacking Iranian facilities in the gulf on April 18—the forty-sixth anniversary of the Doolittle raid.

Shortly thereafter an Iranian frigate sortied, firing SAMs at nearby A-6s. The Intruders combined with a destroyer to smother 1,100-ton Sabalan with Harpoon missiles and laser-guided bombs. She drifted away on fire and was towed to port for repair.

During the day the Iranian air force launched two pair of F-4 Phantoms, but neither could intervene. The first two diverted when illuminated by a destroyer’s fire-control radar; the second set was engaged by a guided missile cruiser, damaging one of the Americanmade fighters and forcing its withdrawal.

In all, Praying Mantis destroyed an Iranian frigate, a gunboat, three speedboats, and damaged another frigate. A Marine Corps helicopter crashed during the operation with two fliers killed in the accident.

Then, in 1990 naval aviation faced the challenge of multi-carrier operations for a sustained air campaign.

This article on Operation Praying Mantis an excerpt from Barrett Tillman’s book On Wave and Wing: The 100 Year Quest to Perfect the Aircraft Carrier. It is available to order now at Amazon and Barnes & Noble.