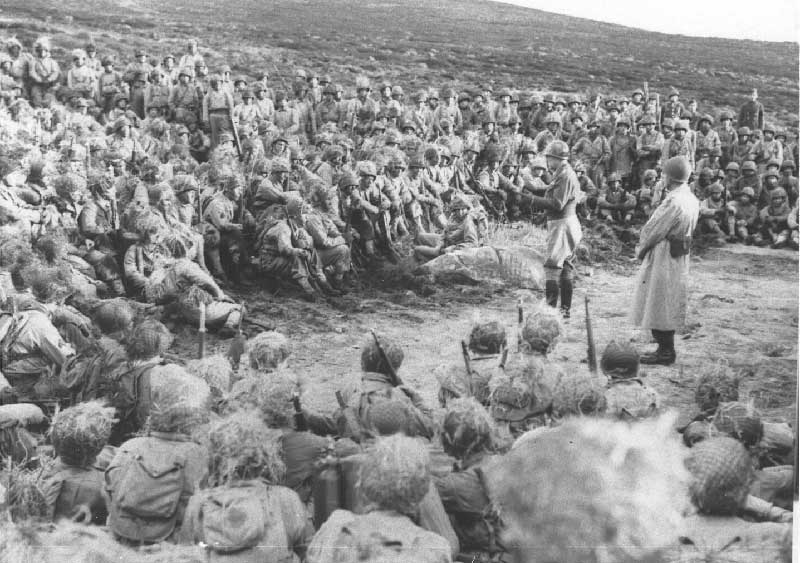 George S. Patton was not directly involved in the implementation or planning of the Invasion of Normany. But that is not to say that he did not perform his own critical part in its success.

Like the rest of the world, Patton learned of the Normandy invasion  by listening to the BBC at seven o’clock on the morning of June  6, 1944. Though he had been sidelined from the invasion, he played  an important role in it by his absence. In February 1944, Overlord planners at Supreme Allied Headquarters had formulated a plan—“Operation Fortitude South”—to deceive the Nazi commanders into thinking that the Norman landings were merely a feint to draw German defenders away from a main Allied invasion at Pas de Calais. The Germans were fed information that when the bridgehead was established by six Allied assault divisions, a huge force of fifty divisions would exploit the opening. As the official British history notes, it was “the most complex and successful deception operation in the entire history of the war.”

A month after the Normandy invasion, secretly landing at an airstrip near Omaha Beach, Patton entered a waiting jeep. When army and navy personnel rushed up to see him, Patton stood and delivered
a short impromptu speech: “I’m proud to be here to fight beside you. Now let’s cut the guts out of those Krauts and get the hell on to Berlin. And when we get to Berlin, I am going to personally shoot that paperhanging goddamned son of a bitch just like I would a snake.”

The troops cheered Patton’s remarks. He soon learned that he was to lead the Third Army and that his first responsibility was to clear the Brest peninsula of Germans. Patton’s presence was still a secret to the enemy. He wrote to his wife Beatrice on July 10, 1944, “Sunday I went to a field mass. It was quite impressive. All the men with rifles and helmets, the altar the back of a jeep. Planes on combat missions flying over and the sound of guns all the while. . . . There is nothing to do at the moment but be a secret weapon.”

Eisenhower prepared to leak a story that Patton had lost his command because of “displeasure at some of his indiscretions” and that the main invasion of the continent was delayed by bad weather. This deception caused the Germans to delay a counter-attack that might have crushed or seriously set back the Allied invasion. By providing a plausible reason for Patton’s removal, the notorious slapping incidents contributed to the success of the deception. It is thus one of history’s ironies that General Patton’s greatest victory might have come in a battle in which he played no active role.