Primary and secondary sources form the cornerstones of historical research. A modern-day work of history is is essentially a description and interpretation of primary sources, along with commentary of secondary sources, both using them in reference to the subject matter at hand, and agreeing and disagreeing with them. This vague definition is universally applicable to all branches of history, from Roman economics to Mayan archeology.

But do you know the difference between primary and secondary sources? Below are a few exercises with examples of each. They include physical documents, works of art, examples of material culture, and even historical figures themselves.

Look at each of the images below and guess which are primary and secondary sources.

The Mona Lisa – Painted by Leonardo da Vinci in 1506

A book about the Tudors written in 1999

A cartoon of Napoleon made in 1975

Roman Coins made by the Romans in AD45

A Poster of a Van Gogh Painting made in 1975 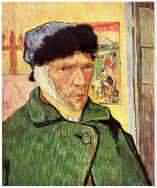