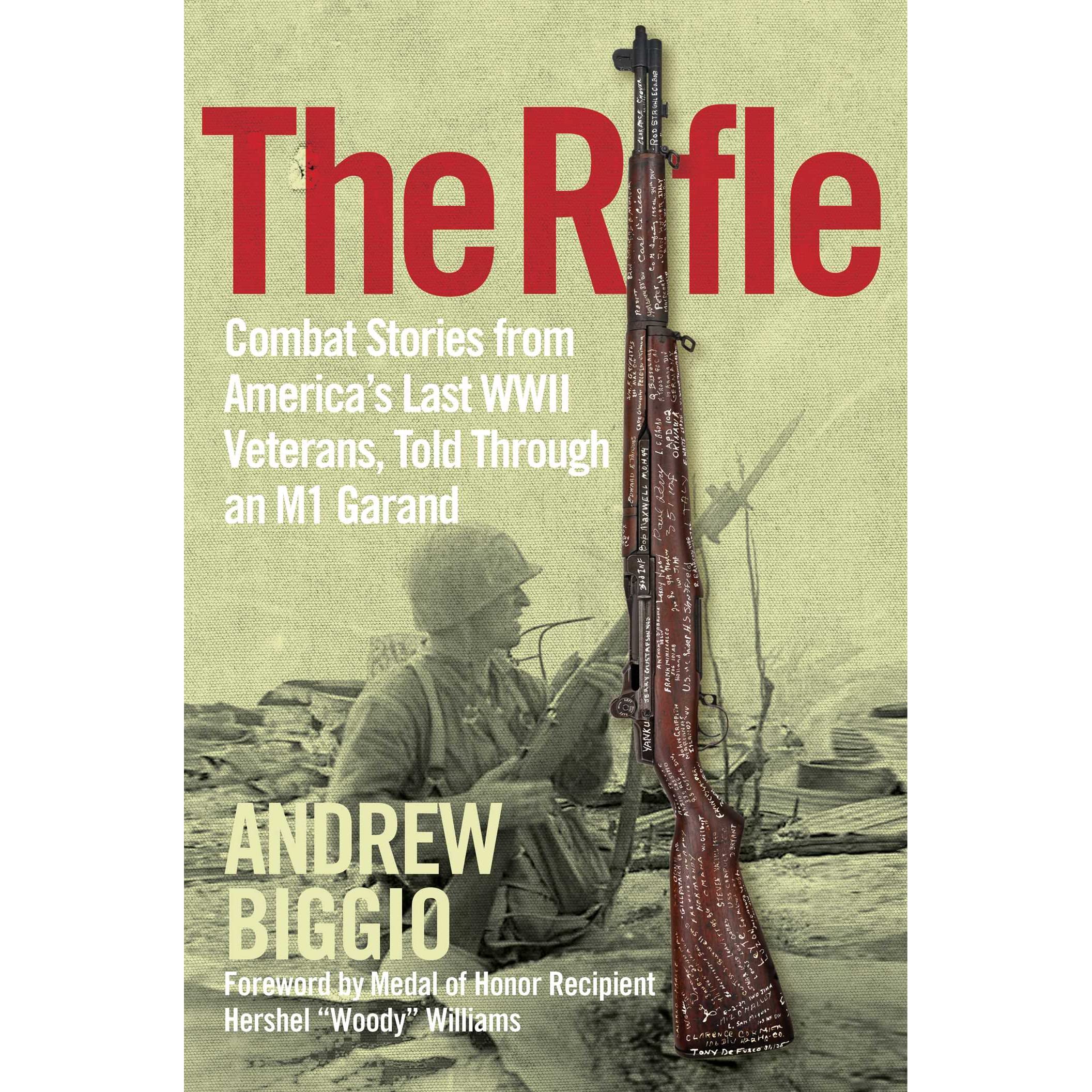 You wouldn’t believe how these ninety-year-old WWII heroes come alive when you put a rifle in their hands.

Andrew Biggio, a young U.S. Marine, returned from combat in Afghanistan and Iraq full of questions about the price of war. He went looking for answers from those who had survived the costliest war of all—WWII veterans.

His book, the Rifle: Combat Stories from America’s Last WWII Veterans, Told through an M1 Garand is the answer to his questions. For two years, Biggio traveled across the country to interview America’s last living WWII veterans. Thousands from our Greatest Generation locked their memories away, never sharing what they had endured with family and friends, taking their stories to the grave. So how did this young Marine get them to talk? By putting a 1945 M1 Garand rifle in their hands and watching as their eyes lit up with memories triggered by holding the weapon that had been with them every step of the war.

It began when Biggio bought a 1945 M1 Garand rifle and handed it to his neighbor, WWII veteran Corporal Joseph Drago, unlocking memories Drago had kept unspoken for fifty years. On the spur of the moment, Biggio asked Drago to sign the rifle. Thus began this Marine’s mission to find as many WWII veterans as he could, get their signatures on the rifle, and document their stories.

With each visit and every story told to Biggio, the veterans signed their names to the rifle. Ninety-six signatures now cover that rifle. Each signature represents a person, the battles endured during the war, and the PTSD battles fought after it. These are unfiltered, inspiring, and heartbreaking stories told by the last living WWII veterans—stories untold until now.