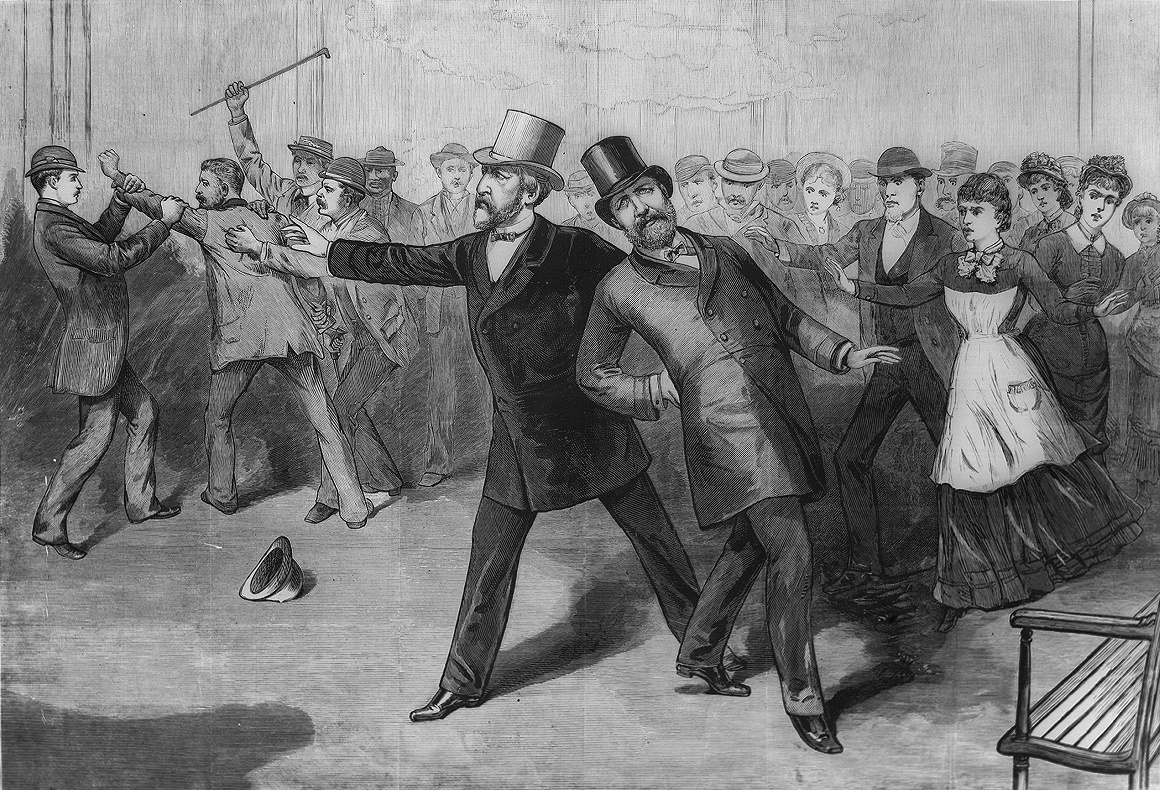 The following article on Roger Hines is an excerpt from Mel Ayton’s Hunting the President: Threats, Plots, and Assassination Attempts—From FDR to Obama. It is available for order now from Amazon and Barnes & Noble.

On January 13, 1992, thirty-five-year-old Roger Hines stole a .357 Magnum revolver and fifty rounds of ammunition in Oregon before traveling to Washington, D.C., with the intention of killing President George H.W. Bush. Hines was a six-foot-four-inch, 457-pound man who had been convicted of crimes four times, hospitalized for mental problems five times, and had once entered a hospital with an ax, threatening patients and staff. His psychiatrist said that when Hines was off his medication, he was “dangerous.” Several relatives had received postcards from Hines, one of which depicted a Derringer gun and a newspaper article about the assassination of Abraham Lincoln. Hines said he wanted “to become famous.” He also kept a diary in which he recorded his fantasies about killing George Bush and molesting and killing young boys.

Shortly after arriving in D.C., Hines took his gun to a school where he believed the president would be making an appearance. But Hines chose the wrong school. The president was forty-five miles away at the Emily Harris Head Start Center in Catonsville, Maryland, southwest of Baltimore.

Hines left Washington, D.C., at the end of January and traveled west. On February 12, 1992, he sold the .357 Magnum at a gun shop in San Francisco. Four days later, while in Salt Lake City, he mailed a letter to Walt Dillman, his state probation officer in Oregon, in which he stated that he had been close to killing President Bush and that he “need[ed] to be stopped. I will kill someone a boy, yes for sex. Maybe I need help 1) by going to jail 2) kill myself 3) being killed by police, I want to die and you need to do so right now I am going after President Bush to do the job the right way.” The letter triggered a nationwide Secret Service and FBI manhunt.

On February 28, 1992, Roger Hines was arrested at a bus depot in Portland, Oregon. When he was searched, police found a butcher knife, a hunting knife, and a handwritten diary. Hines told agents that he would “kill President Bush some other time.” He admitted sending postcards and letters threatening to kill the president, and while in custody he also confessed his assassination plans to a local television station. He said he would do it again in a “hart [sic] beat” if he could get out of jail. He explained that he wanted to kill President Bush to get attention. Hines also sent a letter to a female acquaintance and wrote, “I was on a killing roll and you could have been next. I was going to rob you and cut you up into parts . . . you should hope I don’t get out of jail for about ten years, because you could be next.”

This article on Roger Hines is from Mel Ayton’s Hunting the President: Threats, Plots, and Assassination Attempts—From FDR to Obama. Please use this data for any reference citations. To order this book, please visit its online sales page at Amazon or Barnes & Noble.