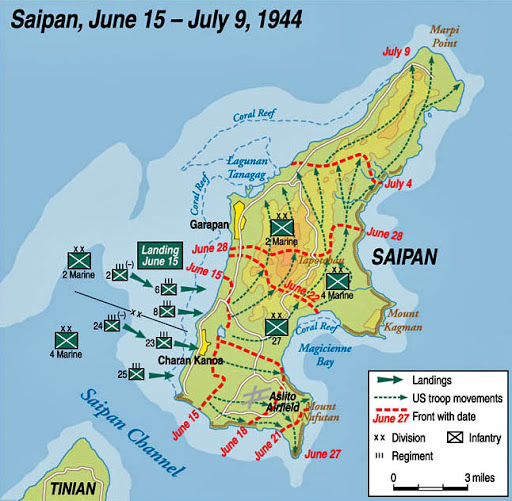 In June 1944, the U. S. launched its Marianas campaign, beginning with an amphibious assault on the key island of Saipan. After more than three bloody weeks of fighting, culminating in a massive banzai charge and the horrific suicides of thousands of civilians, the Americans controlled the island.  Join James and Scott as they discuss the bloodiest battle of the Pacific Theater up to that point, a battle which gave the U. S. an air base within bombing range of the Japanese home islands.