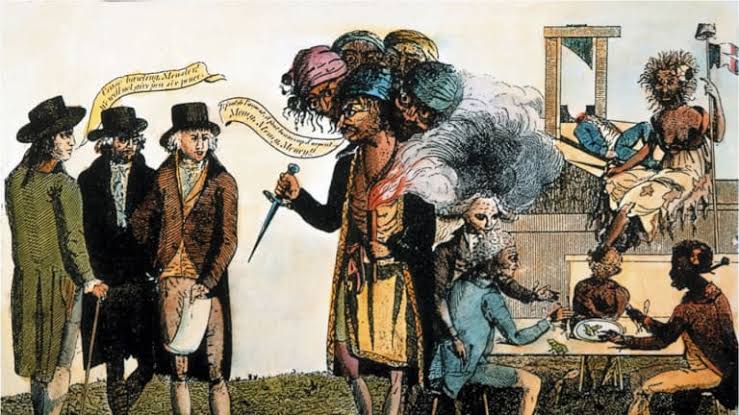 Myth: Thomas Jefferson kept a concubine slave and fathered children with her!

In 1802, James T. Callender published an editorial in the Richmond Recorder that claimed President Thomas Jefferson had fathered a child with Sally Hemings, one of his own slaves. The story gained traction in the Federalist press (Jefferson was a Republican), but Jefferson ignored the allegation and never commented on it. His non-response has created two hundred years of speculation, a process that culminated in the 1998 DNA tests of several families that claimed a connection to Jefferson. To those who wanted to believe the story, the DNA results “proved” that Jefferson did indeed father at least one of Hemings’ children. This conclusion has now been stated as “fact” in many newer books on the subject, and one History Channel documentary on United States presidents spent almost as much time on Sally Hemings as it did on Jefferson’s accomplishments as a statesman. The Sally Hemings story is a fine example of irresponsible scholarship based largely on contestable circumstantial evidence.

Even before he wrote the story linking Jefferson to Hemings, Callender had earned a notorious reputation. He had written a stinging pamphlet in1796 that accused Alexander Hamilton of corruption and adultery. Hamilton admitted to the latter but denied the former. He was ultimately exonerated of having done anything illegal. Jefferson, ironically, had encouraged Callender when his targets were Federalists, like Hamilton, and even financed some of his projects.

Callender was arrested under the Sedition Act in 1800, was fined $250, and spent almost a year in jail. After Jefferson assumed the presidency in1801, he pardoned Callender. Shortly thereafter, Callender, in need of money, pressed Jefferson for the job of postmaster in Richmond, Virginia. True to form, Callender’s request included an insinuation of blackmail if Jefferson refused. Jefferson had come to see Callender for the scamp that he really was and refused to appoint someone with such a seedy past to any federal position.

Callender took a job with the anti-Jefferson newspaper the Recorder. He revealed that Jefferson had bankrolled some of his earlier scandalous writings—a charge that Jefferson was forced to admit. Callender then hit him with the Hemings story. Callender had never visited Monticello and based his information on the fact that several of Jefferson’s slaves were light-skinned. Callender later implicated Jefferson in the seduction of a married woman. Jefferson eventually confessed to that charge but deflected the Hemings accusation by pretending it did not exist (at least in public; privately he denied it). In 1802, one of Callender’s public tar-gets clubbed him over the head. A year later, Callender was found drowned . . . in two feet of water. By the time Jefferson died in 1826, few remembered the accusations, save for the occasional snide attack in the Northern abolitionist press. That changed in 1873.

Madison Hemings, the youngest son of Sally Hemings, granted abolitionist newspaperman Samuel Wetmore an interview in 1873. Madison had intimated to close family and friends that he was Jefferson’s son and disclosed this alleged relationship to Wetmore, who published it in his newspaper in Ohio. The story quickly spread across the country. Critics argued that Wetmore’s article was a mere rewrite of Callender’s original (the same word was even misspelled), and Jefferson’s grandchildren denied its accusations. For most people that again put an end to it.

Fast forward one hundred years. Fawn Brodie’s 1974 book Thomas Jefferson: An Intimate History revived interest in the “affair.” Brodie sided with Madison Hemings and argued that Jefferson fathered all of Sally Hemings’ children. Historians, including Jefferson’s most important biographer, Dumas Malone, doubted the Hemings story, but the general public seemed eager to accept it. Twenty years later, lawyer Annette Gordon-Reed published Thomas Jefferson and Sally Hemings: An American Controversy in an attempt to vindicate Madison Hemings. The book and modern advancements in DNA technology led to several members of the Jefferson and Hemings line having their DNA analyzed. The results showed that a “male” in Thomas Jefferson’s family was indeed a direct ancestor of the Hemings children, principally Madison Hemings, but did not conclusively prove that Thomas Jefferson was the link. A 2000 study conducted by the Thomas Jefferson Foundation, however, determined that Jefferson was, unequivocally, the father of Madison Hemings and possibly Sally Hemings’ other children. Omitted from the report was the one dissenting voice on the committee, the medical doctor charged with verifying the DNA tests. Though noting that Jefferson could have been the father of Hemings’ children, he preferred to leave the question open due to the circumstantial nature of the evidence and argued that the majority of the committee had arrived at their conclusion before examining all available information. In essence, most of the committee believed the burden was to prove Jefferson innocent, not guilty.

In 2001, the Thomas Jefferson Heritage Society, a group that possessed more academic clout than the Foundation, released a report that directly contradicted the Foundation’s conclusions. In the summary to their findings, the scholars stated, “With the exception of one member. . . our individual conclusions range from serious skepticism about the charge to a conviction that it is almost certainly false.”2 The scholars’ report identified various inconsistencies in both the oral and written records that the Foundation used to indict Jefferson, and argued that Madison Hemings was upset because he felt Jefferson and his family had not treated the Hemings family well.

The scholars also noted that Jefferson’s overseer, Edmund Bacon, had not only flatly denied that Jefferson had fathered any of Sally Hemings’ children, but reported that he had seen a white man—not Thomas Jefferson—leave Hemings’ bedchamber many mornings before work. The scholars pointed to Jefferson’s brother, often called “Uncle Randolph,” as the probable father of Heming’s children. Randolph Jefferson was reported to have a social relationship with the Monticello slaves and had possibly fathered other children through his own servants.

Because of the circumstantial nature of the evidence in the case, it can not be proven conclusively that Jefferson fathered any of Sally Hemings’ children. It is possible but not probable. If Jefferson were to stand trial for paternity with the current evidence in hand, an honest jury would find him “not guilty.” So should historians and so should the public.